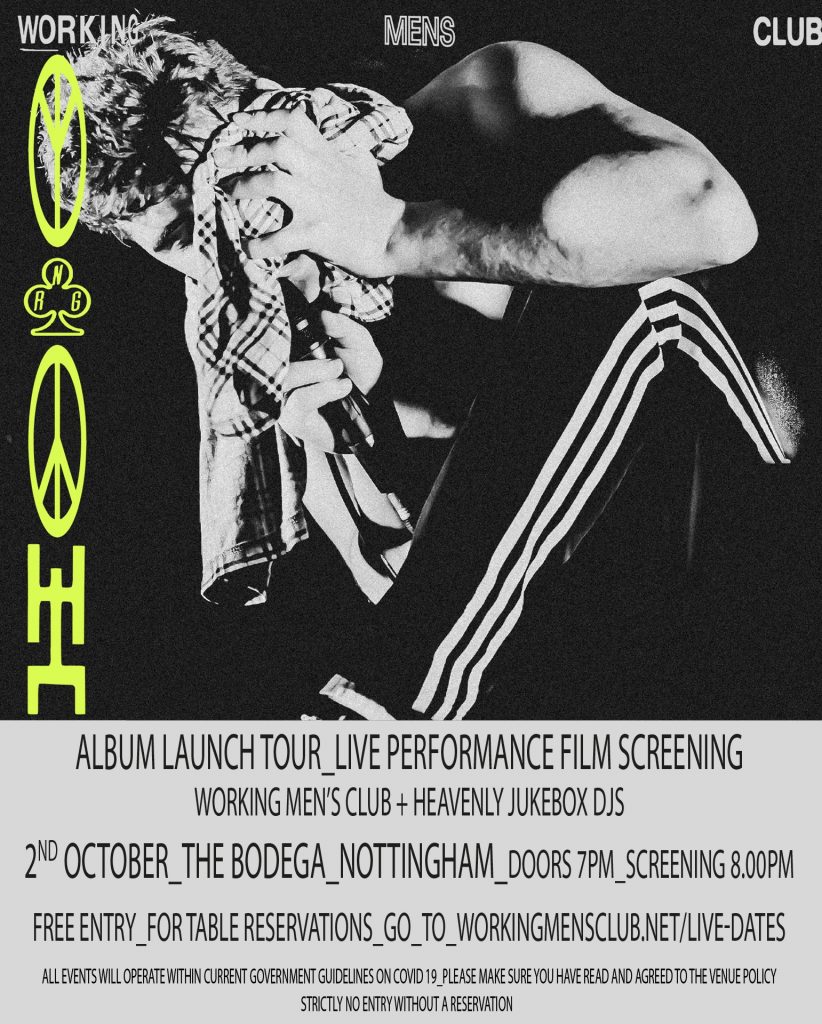 Marking the release of their highly anticipated debut album (released on Heavenly Recordings on 2/10/20), we welcome the mighty Working Men’s Club to The Bodega’s Secret Garden for a live film screening & DJ set!

This event will be socially distanced outdoors and tables are available to reserve now via http://alt.tkts.me/tl/bpid. Tables can be reserved for either groups up to two people or up to six people. All tables include a copy of the album on CD or neon yellow vinyl, with additional copies available to purchase during checkout.

Albums will come from Rough Trade Nottingham and will be available to collect from The Bodega on the evening of the event.

A rumble on the horizon. Gritted teeth, nuclear fizz and fissured rock. A dab of pill dust from a linty pocket before it hits: the atom split, pool table overturned, pint glass smashed — valley fever breaking with the clouds as the inertia of small town life is well and truly disrupted. Here to bust out of Doledrum, clad in a t-shirt that screams Socialism and armed with drum machine, synth, pedal and icy stare are Working Men’s Club, and their self-titled debut album.

Standouts include the nonchalant existential groove John Cooper Clarke — centred around the realisation that yes, even the luckiest guy alive, the Bard of Salford himself, will someday die. The washily-vocalled, Orange Juicily-guitared White Rooms and People, Cook A Coffee which is like a lost Joy Division number from an alternate universe and the frenetic, pew-pewing A.A.A.A. 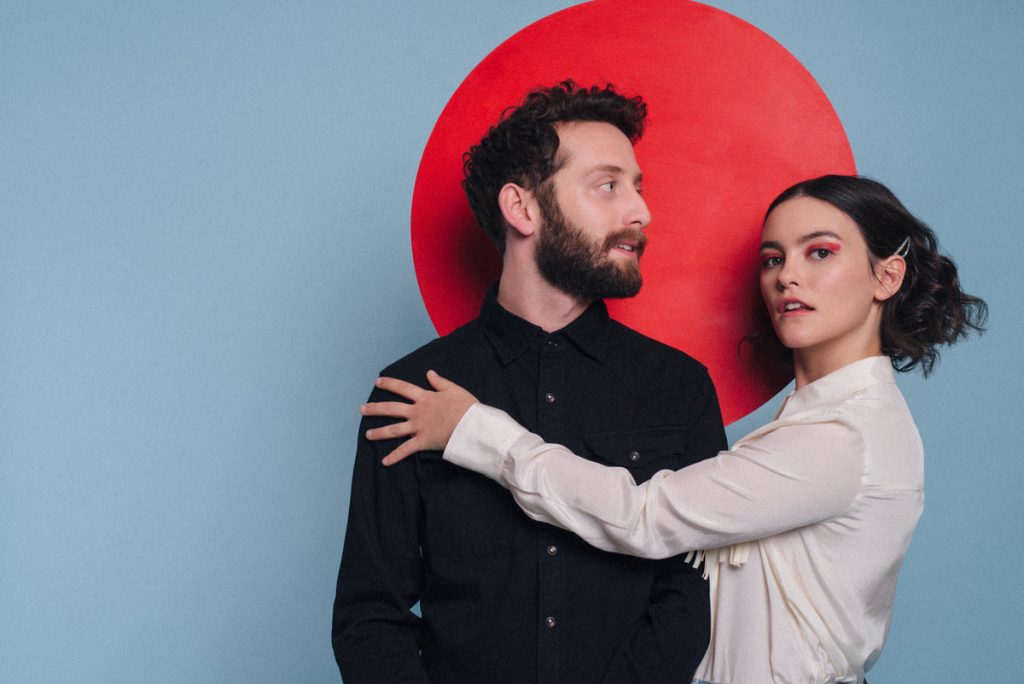