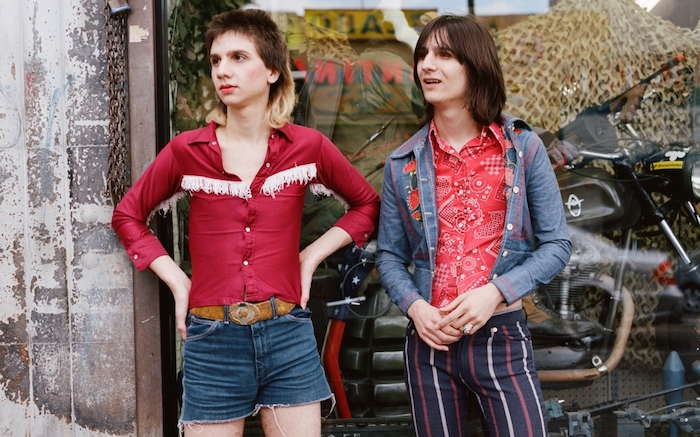 Having just finished a phenomenally successful first European tour, The Lemon Twigs of Long Island are set to return to the continent in the Spring for another round of live dates. Prodigiously talented brothers Brian and Michael D’Addario will headline shows in the UK, Ireland, (keyboard).

The Lemon Twigs are teenage brothers Brian and Michael D’Addario from Hicksville, Long Island. Their debut album, Do Hollywood, released in October, was recorded in Los Angeles with Foxygen’s Jonathan Rado and includes the singles ‘As Long As We’re Together’ and ‘These Words’. Brian (19) and Michael (17) have been playing rock music since they were old enough to walk and talk, mastering every instrument they could get their hands on and playing everything together (they alternate writing credits and instruments on Do Hollywood). Mining inspiration from every era of rock, they have crafted richly sophisticated baroque-pop songs into a ten-track tour de force – the perfect introduction to the world of The Lemon Twigs.

“A beautiful, mad jigsaw of ideas.” – Loud And Quiet – Album of the Week

“Do Hollywood is a special little record with surprises around every corner that constantly thrill and excite.” – The Line Of Best Fit – Album of the Week

“Do Hollywood is a curiosity, but a pretty glorious one.” – The Guardian ****

“The Lemon Twigs have created their own world, and it was exciting to witness it for the first time.” – The Times ****

Less than a week to go until we’re back! Deets a

So grateful for the love we’ve received for our

Bodega Secret Garden FAQs Wed.24.Jun.20 We’re so excited to welcome you all to our Bodega Secret Garden! Our socially distanced sessions are finally here to serve plenty of fresh, cold Bodega Lager (it’s been a long few months without them!), some tasty cocktails and our much-loved craft selection. Our DJs are compiling some Bodega playlists, setting the mood for whatever […]

Listen: Staff Picks – Summer Anthems Tue.09.Jun.20 The Bode-gang have joined forces once again as all of us each handpick our Summer Anthems. If you fancy, you can scroll down to see who picked what, so you can stroke our ego’s and let us know who has impeccable music taste. Listen here: Kasper: Wilson Pickett – Land of 1000 Dances Jack B: […]