This show has been rescheduled from March 2020. All original tickets remain valid for the new date. 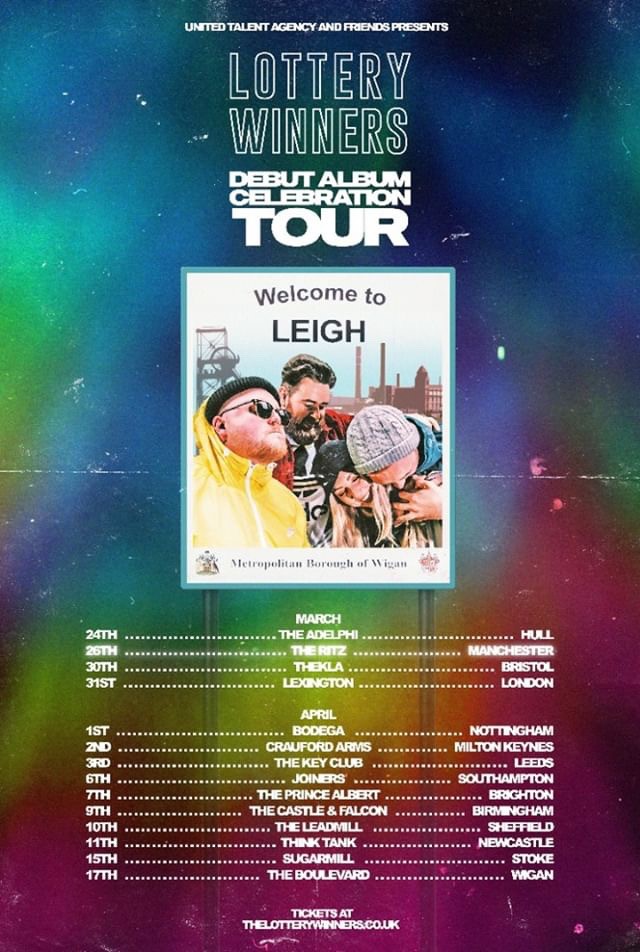 Born in Salford and raised on romance, The Lottery Winners blend momentous guitar pop melodies with a humorous and wistful lyricism. The band has built an extensive and loyal fanbase through consistent touring, earning a reputation for hugely entertaining, blisteringly loud live shows. Recent support slots include Catfish And The Bottlemen, Blossoms, We Are Scientists, Madness, The View, Paul Heaton & Jacqui Abbott, The Futureheads, James Veck-Gilodi, Jamie Cullum, The Charlatans, Sleeper, The Wonderstuff, The Wedding Present and The Enemy.

The Lottery Winners have completed work on their debut album – recorded at Rockfield Studios in Wales with producer Tristan Ivemy (Frank Turner, The Holloways) and mastered at Abbey Road by the legendary Frank Arkwright (Coldplay, The Smiths, Arcade Fire) and will release the first singles later this year.

One more round of late night action tonight and we

🚨 In news that will come as a surprise to absol

Another week is upon us which brings another 7 day

Close out your weekend in style with a trip to our

Good vibes only for your Friday afternoon ☀️ O

Fresh in this week, new flavoured gins 🧊 From p