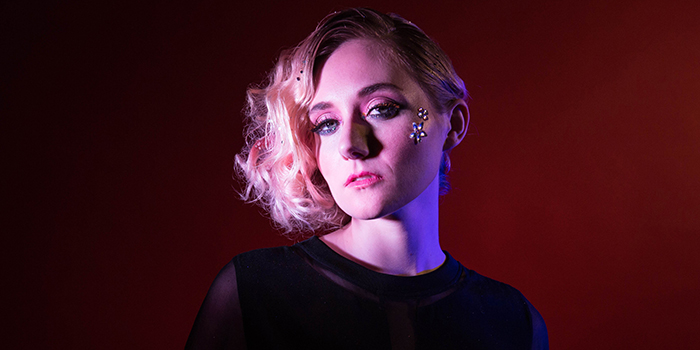 “a best possible blend of odd and good”Mojo ****

Following the release of her fourth album, Sorry Is Gone last year Ohio native Jessica Lea Mayfield is pleased to announce details of a run of European shows later this year.

Her first solo album since 2014’s Make My Heart Sing.. that was released to widespread acclaim picking up praise from the likes of Pitchfork – “There’s something certainly compelling about this raw, minimalist sound” whilst Rolling Stone asserted, “…Mayfield’s echo-laden bluegrass vocals mesh with scorching electric guitar lines to render remarkable results,” – Sorry Is Gone is an album that sees her evolving as an artist, whilst pulling no punches to dramatic effect and as she explains it’s a truly personal record; “The whole record is about me taking my life back, without really realising it. I realised I’m the only person that is going to look out for me. I have to be my main person. No one else.”

Following an extensive US tour throughout the tail-end of 2107, Mayfield has now confirmed a run of European live dates.

Close out your weekend in style with a trip to our

Good vibes only for your Friday afternoon ☀️ O

Fresh in this week, new flavoured gins 🧊 From p

Soak up some garden sun with 7 days of Bodega Lage

6️⃣ is the magic number ✨🍻 In line with