Please take note: This show was originally scheduled for May earlier in the year. – All original tickets remain valid. 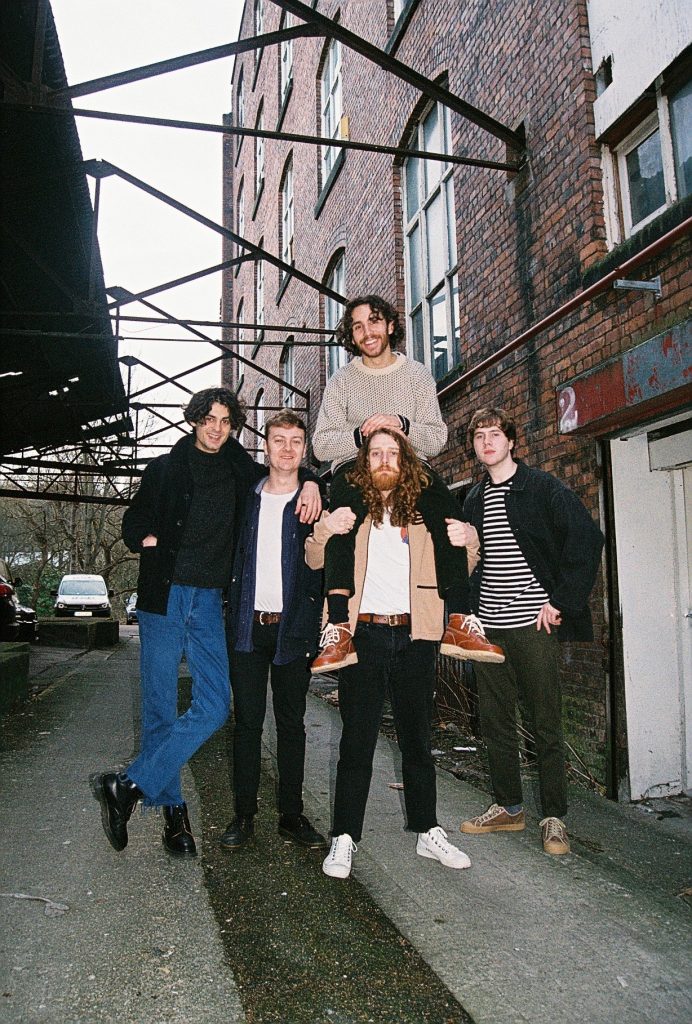 Stockport favourites Fuzzy Sun have announced a 5-date tour for May 2020 which will see them perform their biggest headline show to date at Manchester Academy 2. Fuzzy Sun will also release their first tunes of the year Pretty People / Gentleman’s Touch via Very Clever Records on Thursday 6th February. Keeping up with the disco groove vibes of their previous single I Ain’t Right, new track Pretty People will take away any feelings of winter blues.
In a fictitious account of the songs’ conceptions, the band say this:
“It’s 1999. Stanley Kubrick’s ‘Eyes Wide Shut’ is about to premiere. But, in a last-minute ploy to make the picture more accessible to casual viewers, the studio has insisted on a new radio-friendly theme song. The result is the funk-infused, ‘Pretty People’, a piece on affairs, desire and paranoia.

Gentleman’s Touch is a little like Brief Encounter – all about a doomed romance. It doesn’t matter how much you’re enamoured by someone; everybody has a history and a life before you that you have to eventually reconcile with your relationship. It’s no one’s fault but some things are too difficult to overcome. It’s sad coming to terms with it but this song covers that period of uncertainty before accepting the impossibility of the situation.”

Pretty People / Gentleman’s Touch was produced and recorded by the band themselves at their rehearsal room in Hallam Mill, Stockport and was mixed by their newest member George Fitzgibbon.

The 20’s have started well for Fuzzy Sun after being announced as main support for Inhaler on their European tour. The tour will see Fuzzy Sun play overseas for the first time, visiting iconic venues such as Barcelona’s Razzmatazz and Hamburg’s Gruenspan. The band have also just announced their own UK headline tour for May where they will perform shows in Nottingham, Leeds, Glasgow, Manchester and London.

2019 was a big year for Fuzzy Sun which saw them tour the UK on their debut headline tour (selling out Manchester Club Academy and London Camden Assembly in the process), appearing at major festivals such as The Great Escape and Community Festival, and gaining major support slots such as Two Door Cinema Club on their UK tour and an epic show at Stockport County FC’s Edgeley Park where they supported Blossoms on their sold out 15,000 capacity stadium homecoming.

Borrowing their mantra from Snarky Puppy, Fuzzy Sun “make music for both brain and booty” and, with barely 24 months as a band behind them, frontman, Kyle Ross, bassist, Lewis Jobson, drummer, Mitch Bancroft, keyboard player, George Fitzgibbon and guitarist, Raffaele Pani strain to keep all ten feet on the ground as ever more people stop by to demand a piece of their action.