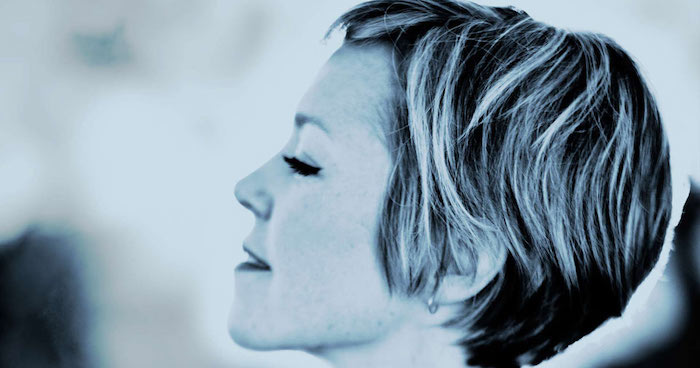 To understand how this love affair began, you have to go right back to the start… Barker grew up in remote, rural Western Australia; a childhood that was blessed with an almost idyllic, roaming freedom instilled not only an itinerant spirit, but also a mighty work ethic that has seen her playing over two hundred shows a year and on the cusp of releasing what will be her tenth studio album (including her albums with The Red Clay Halo, Vena Portae and last year’s acclaimed debut as part of country trio Applewood Road).

It is largely thanks to John Peel that Emily Barker first settled in the UK. After leaving home to see the world, she ended up on the Cambridge folk scene, and formed the band, the-low-country. Just as she was considering resuming her studies back home, Peel started playing them on Radio 1, so she stayed. Her music has since been described as “heartfelt songwriting… bridging the gap between folk, country and Fleetwood Mac” (The Times), “ambitious and beautifully wrought” (Q), while the Guardian applauds her “gift for great melodies.”

This gift has not gone unnoticed by film makers, resulting in Barker penning and performing theme songs for award-winning television dramas Wallander and The Shadow Line as well as an entire musical score for Jake Gavin’s poignant and well-received 2015 road movie, Hector, starring Peter Mullan.

Since taking a hiatus from multi-instrumental all-female group The Red Clay Halo, with whom she made four albums, Barker has been edging closer to the sources of her musical inspiration. At a tender age, her mother taught her to sing harmonies while her father introduced her to his record collection (they didn’t own a television). And then as she entered her teens, she discovered the blues and soul of Aretha Franklin, Koko Taylor and Bettye LaVette, and that’s where this story really begins.

In recent years Barker has made herself at home in Nashville and Memphis, performing, collaborating and basking in musical history. In Nashville in 2014 she formed the trio Applewood Road with Tennessee-based songwriters Amber Rubarth and Amy Speace. Their eponymous LP was recorded at Welcome to 1979 studio in Nashville. Applewood Road was a regular on best-of-2016 album lists, they toured extensively, played Glastonbury and Cambridge Folk Festivals and made numerous television appearances.

On a visit to Muscle Shoals, Barker was shown around Fame Studios, where she fell in love with the old equipment used to record Aretha Franklin, Otis Redding and Etta James. Soon after arriving back in the UK, she cropped her hair, got a slick black suit and a beautiful 1937 Gibson, and recorded a stripped-down solo album at analogue Toe Rag studios in East London (where The White Stripes recorded Elephant). The seeds of Sweet Kind of Blue were well and truly sown.

Meanwhile, plans for her new record started taking shape soon after. She was introduced to Grammy-winning producer Matt Ross-Spang, and the two hit it off straight away. Ross-Spang was the catalyst that brought Barker and Memphis together – born and bred in “Bluff City”, he honed in on where Barker’s roots lay as soon as she played him the songs she had been writing for the album.

Sweet Kind of Blue was recorded in June 2016, at the legendary Sam Phillips Recording Service in Memphis, where the tapes have been rolling since 1960. Phillips opened his dream studio (he called it “the Cape Canaveral of studios”) after he and his artists Elvis, Johnny Cash, Jerry Lee Lewis and B B King outgrew Sun Studio, a few blocks away.

The stars were perfectly aligned for the Memphis sessions. Barker brought her songs, her guitar, that cathedral of a voice and her irrepressible freewheeling spirit. Ross-Spang was riding high following his Grammy for Jason Isbell’s Something More than Free, and the runaway success of Margo Price’s Midwest Farmer’s Daughter. Sam Phillips’ son Jerry, and granddaughter Halley, welcomed Barker into the fold and couldn’t tear themselves away from the studio throughout recording. And as each track was laid down, Barker, her band (you will have heard these musicians on Cat Power’s The Greatest as well as records by Neil Young, Booker T and the MGs, Al Green and many more) and everyone in the control room fell a little bit more in love with each other. Spines tingled and eyes did not remain dry.

The result is an intoxicating blend of Barker penned songs about loves lost, heartrending humanity, the rush of the road trip and the sheer glory of a new love. The first single, ‘Sister Goodbye’, is a soulful tribute to one of Barker’s guitar-slinging heroes, Sister Rosetta Tharpe, while the title track, ‘Sweet Kind of Blue’ captures the beautiful urgency of missing a new lover. Its name, says Barker, “also nods to the record’s blues elements, with blue-eyed soul being the ’60s term for white artists performing rhythm and blues”. But the making of Sweet Kind of Blue is a love story in itself, between Barker and Memphis.