The prolific cult songwriter is coming to a town near you. Climate emergency? Boris as PM? Rail-melting heat waves? A No Deal Brexit? Beans’ new album could only ever be called one thing: ‘The Inevitable Train Wreck’. For now he’s holding his cards quite close to his chest, but he’s promised “a rock’n’roll album about our dying planet”

The new release from the Essex Folk hero will find him searching for hope and change in what may be Earth’s darkest hour. On-track for a 25 date tour across the nation this Winter, catch him playing songs from ‘The Inevitable Train Wreck’ and his huge, well loved back catalogue.

The Inevitable Train Wreck’ will be released on 1st December 2019.

“One of the most controversial acts in the whole festival. But behind the humour there are serious political messages of equality and general respect for one another.”  • CLASH

“His modern take on traditional folk music is clever, heart warming and keeps me coming back for more.”  • RUCKUS

Drunk folk singer, barefoot troubadour and cult legend Beans on Toast has been around the block more times than he cares to remember.

With 7 studio albums in his back catalogue, Beans on Toast provokes thought on subjects from Prince Harry to Popcorn, from Friendship to Fracking, from Romance to Riots, from Childhood songs to Cartoonist songs and from current events to getting off your head. Simple songs, with no holds barred honest lyrics and quick wit.

The Beans on Toast live show is an odd and unpredictable experience. A singer, storyteller and guitar player his self-deprecating quality is not something you often see, but it breaks down the barrier between musician and audience, creating a sense of equality.

This last year was undoubtedly the biggest year yet for Beans on Toast as filled the opening slot at Glastonbury Festival and went on to play to thousands of people on the festival’s Hell Stage. He travelled the length and breadth of America, both solo and alongside label mates Frank Turner and Skinny Lister and even stopped into the Bahamas, joining Flogging Molly on their Salty Dog Caribbean Cruise. As if that wasn’t enough adventures, he also performed his first show in Africa at Burning Man’s sister event, Afrika Burns, way out in a South African desert.

He also found time to meet lifelong friends and collaborators Truckstop Honeymoon at Larmer Farm, who he then went on to record his seventh studio album “Rolling Up The Hill” with in a studio in Kansas along with long term partner in crime, Bobby Banjo. The newfound gang then went on to perform a successful tour all over the UK ending up at Islington Assembly Halls. With another US tour and Salty Dog Cruise in the first part of 2016, anything is possible when Beans is at the helm. 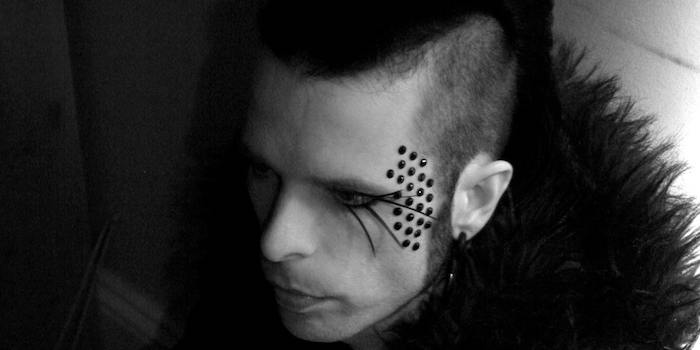 Drunk folk singer, barefoot troubadour and cult legend Beans on Toast is about to embark on his biggest tour to date. Spanning from Aberdeen to Brighton and hitting as many places as possible on the way.

This will follow on after an amazing Summer ahead that will see Beans touring across America, playing heap loads of festivals including Glastonbury, Blissfields, Secret Garden Party & Bestival, MCing for Mumford and Sons down in Lewes, playing more festivals and throughly enjoying himself in a way it seems only Beans knows how.

You can expect songs spanning across his 4 album back catalogue plied in with a heap of new stuff aswell, with song subjects from Prince Harry to Popcorn, from Full Moons to iPhones, from Wetherspoons to Riots, from Love songs to Drug songs and from current events to getting off your head. Simple songs, with no holds barred honest lyrics and quick wit.

The Beans on Toast live show is an odd and unpredictable experience. A singer, storyteller and guitar player his self-deprecating quality is not something you often see, but it breaks down the barrier between musician and audience, creating a sense of equality.

Every advance ticket buyer will reeve a FREE DOWNLOAD of Beans on Toast – Live at The Scala – a live album recorded in September last year.

In order to receive their free download ticket holders just need to go to www.beansontsoastmusic.com from the 16th September and enter their ticket number & email address.

20 something singer songwriter, lives in a house with a roof and walls often found singing heartfelt songs about love, life, friendship and loss.