Pale Blue Eyes’ own Penquit Mill studio has been crucial here. The PBE studio sits in the Devon greenery, with buzzards wheeling overhead, just south of Dartmoor. To create the studio, the band members took out a bank loan and worked pretty much anywhere that would provide a wage – at a soup factory, at music festivals, in greenhouses and cinemas, running bars at disturbing corporate events, as a tree surgeon’s assistant. The core of PBE debut album Souvenirs was written and recorded by Sheffield’s Lucy Board and South Devon’s Matt Board. Matt and Lucy were married in 2018, years after meeting at art college.

“When we were younger,” says Lucy, “we recorded at various studios – from makeshift DIY places in Sheffield and Plymouth to residential studios like Rockfield in Wales. Rockfield was like heaven to us, but it was somewhere we could only afford for a couple of days. Our dream was to have more studio time, to develop songs without being ‘on the clock’, and to learn how to produce ourselves.”

In time and with hard work, the PBE studio took shape. All the goods arrived. The Moog Little Phatty, the Prophet 12, the Roland Space Echo. The Moon Funeral Fuzz, the Big Sky reverb. Alongside all the gear in the studio, there was a crucial resource outwith. As she’d left her teens, Lucy played in various bands in Sheffield – including several projects overseen by Adrian Flanagan, later of Moonlandingz and the Eccentronic Research Council. Lucy also, subsequently, got to know Flanagan’s Moonlandingz co-founder, Dean Honer. With his studio experience with artists including Róisín Murphy, I Monster, the Human League and Add N To (X), Honer became an important part of the PBE story. He mixed and mastered the Souvenirs album and also acted as adviser during the record’s creation. The title of Lucy’s college dissertation makes clear her own interest in South Yorkshire synth innovation: “An Investigation into Sheffield’s Alternative Music Scene Between 1973 and 1978, with Particular Reference to Cabaret Voltaire.”

While Lucy examined her home city’s hifi heritage, Matt’s musical exploration saw him travel further afield. As he entered his twenties, he’d become enamoured of the sounds Sigur Rós had been making in Iceland. Matt had met a couple of Icelanders while studying for his music MA. With money he’d saved from working at the soup factory, he decided to go and spend some time in Iceland. Speculatively, he turned up at Sigur Rós’s Sundlaugin studio, outside Reykjavik. There he ended up doing some formative recordings with Sigur Rós studio engineer Birgir Jón Birgisson.

The third part of the Pale Blue Eyes triad arrived when Matt and Lucy met bassist Aubrey Simpson at South Devon’s Sea Change festival. Aubrey is a big Motown fan, a devotee of that label’s in-house bassist, James Jamerson. Aubrey has played in various jazz-oriented ensembles – and it’s an indication of his youth that his dad played drums with Metronomy’s Joe Mount, as the latter’s pop masterplan took shape. PBE’s Aubrey and Matt grew up in and around the South Devon market town of Totnes, a place that has become a socio-cultural hotspot, home to initiatives in environmentalism and entertainment. The latter has recently been led by Sea Change festival, the arts-and-music spectacular that has brought artists including Gruff Rhys, Aldous Harding, The Comet Is Coming and Peggy Seeger to a semi-rural settlement of 8,000 people. Sea Change has been created by the people at Drift Records, a remarkable shop and one at which PBE’s Matt has worked on and off for many years. Pale Blue Eyes have been able to support plans for sustainable community development in Totnes. They recently provided music for the ambitious Atmos project, alongside a sound-and-light installation from Brian Eno.

Powered by all the above –  this unusually broad sampling of music’s cornucopia – Pale Blue Eyes have made a debut album of scope and sophistication. The sweet synth lines and metronomic guitar riffs give the album a transportive, mind-shifting mood – something that’s been dubbed “Devon cream-adelica”. The album moves from the melodious bass surge of Globe to the metal-bright guitar parts of Motionless and Under Northern Sky, where there are perhaps suggestions of Television and Echo And The Bunnymen’s Will Sergeant. The album enters more expansive zones on the extended pop freak-out of Dr Pong, a track named after a Berlin all-night table-tennis bar. The gorgeous sci-fi ballad/set-piece Chelsea is a paradox – beautiful musical but with the lyrics rooted in the night Lucy and Matt found themselves employed to run the bar at a vile and exclusive London party.

The PBE album is called Souvenirs because, as Lucy explains, “The songs encapsulate a few years’ worth of memories and experiences – times of change and personal sadness. The songs were an outlet for us and they now serve as souvenirs of all those times”.

As Pale Blue Eyes worked toward the album, Matt’s father died – the album is dedicated to the late Danny Board. Matt has endless fond memories of his father, including “when I’d wake up on a summer’s morning to the sound of dad playing a Cocteau Twins album – really loud with all the windows and doors open”.  PBE built their studio adjacent to Matt’s old family home – so they could be there to help Matt’s mum through long-term illness. The album includes reflection on death and despondent times, as on the former single TV Flicker, which, perhaps surprisingly given the subject matter, became a playlisted radio smash. But Pale Blue Eyes accentuate the positive – reacting to difficult times by making an album that pulses with exhilaration, beauty and joy.

The album brims with a kind of elective positivity, as made clear when Matt lists the album’s themes: “Embracing good times, escapism, losing yourself in a moment of bliss when the world around you is going to shit… Processing and understanding loss and grief and using our music as a vehicle to move on… Fighting against the mundane and not giving up on dreams… The pure joy of a good night out or a moment of being moved by a band or a piece of artwork or a great film… Making the most of the time you have…”  The tracks Little Gem and Globe, in particular, beam with positivity – alighting on optimism, gardening and hedonistic days in a shared student house.

As PBE finished their album, they had much encouragement from their label, Full Time Hobby. Prior to signing to the label, PBE released one limited edition single, which was funded and sponsored by three forward-thinking South Devon businesses: the New Lion Brewery, mushroom producers GroCycle and the Green Funeral Company. The latter are also linked to Callender, Phillips, Cauty & Drummond Undertakers, the funeral directors for the MuMufictation afterlife memorial programme. Jimmy Cauty and Bill Drummond are, of course, also known for their work with The KLF and The Justified Ancients of MuMu. This glancing connection between Cauty and PBE has a kind of serendipitous circularity. Jimmy grew up in Totnes. Now, after all his astonishing feats in art and music, Jimmy coincidentally connects with a far-out funeral company back in a town that helped form him. And, in that same area, there now arises a new music group – one that now has this tangential connection to Cauty. From The JAMMs to his current scale-model tower-block installation Estate, Jimmy has consistently produced astonishing art and design (and, at time of writing, Estate is set up in Totnes). For a new pop group to somehow sit alongside such invention would really be going some – but, as ever, Pale Blue Eyes travel in hope. 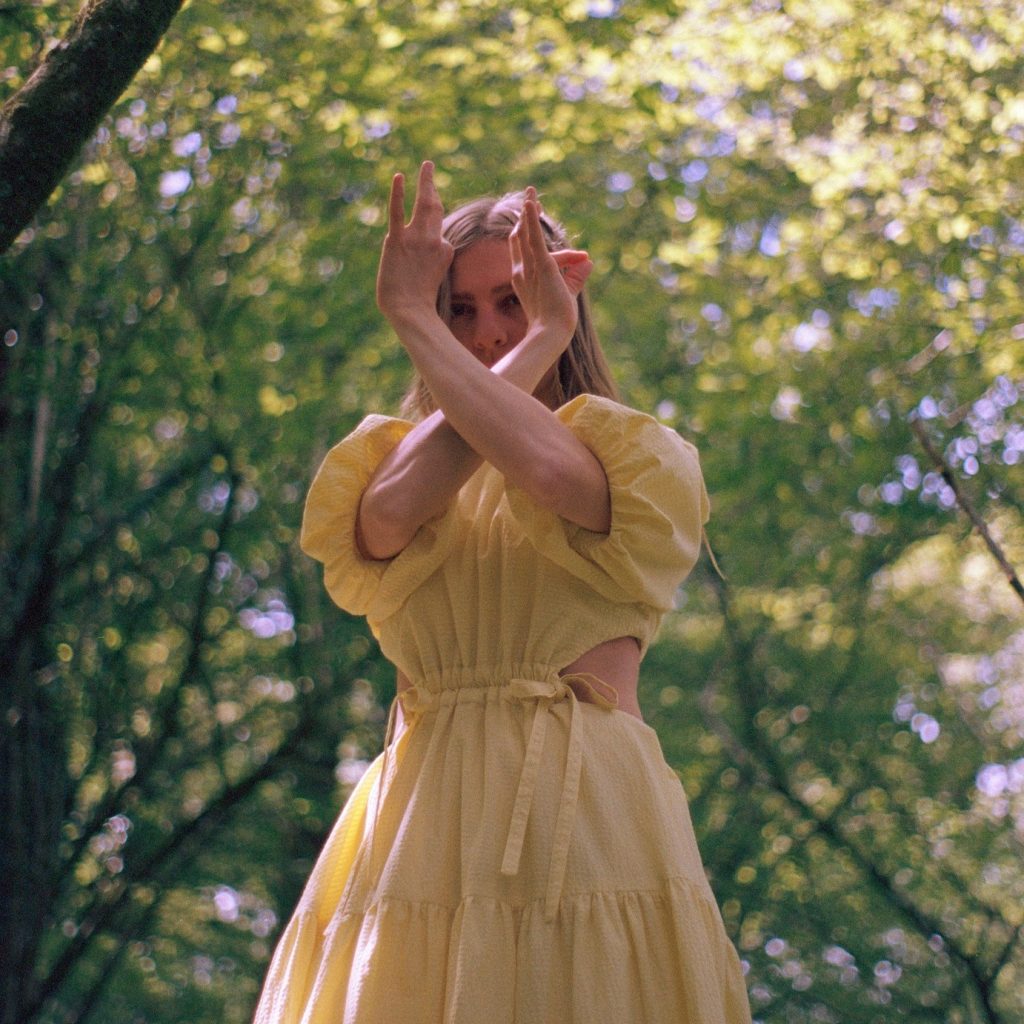 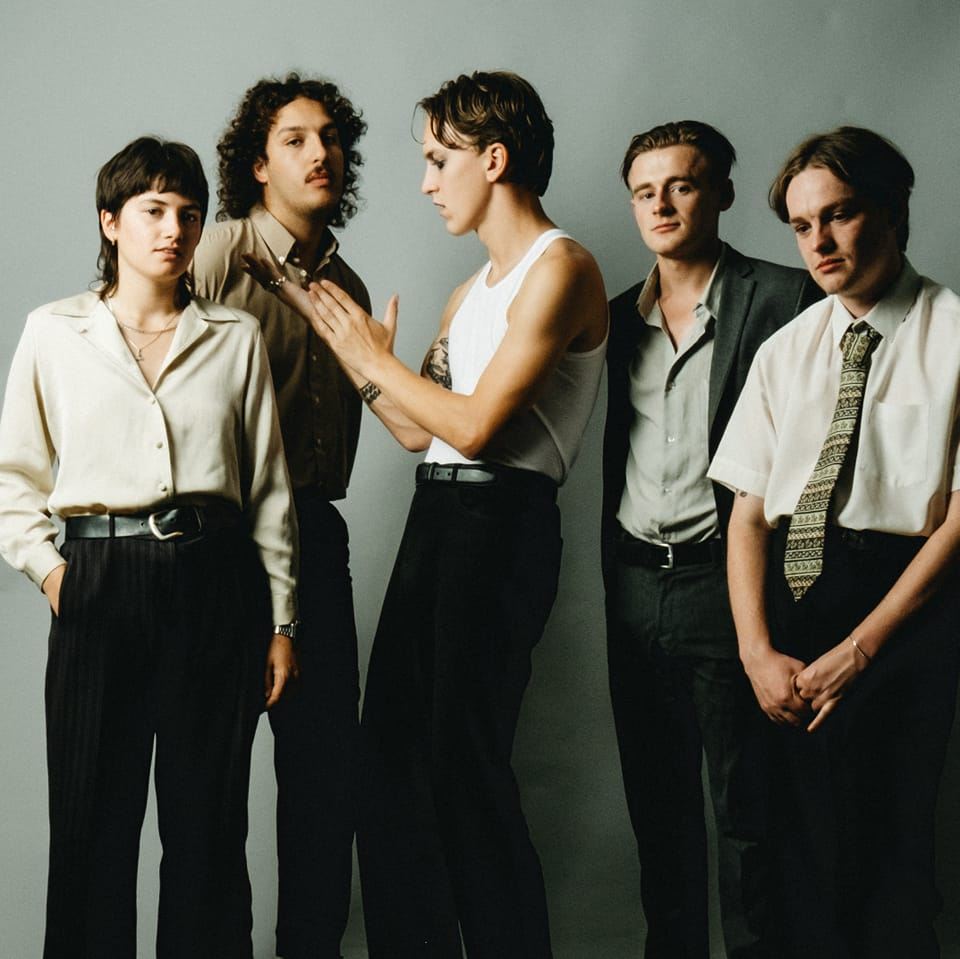 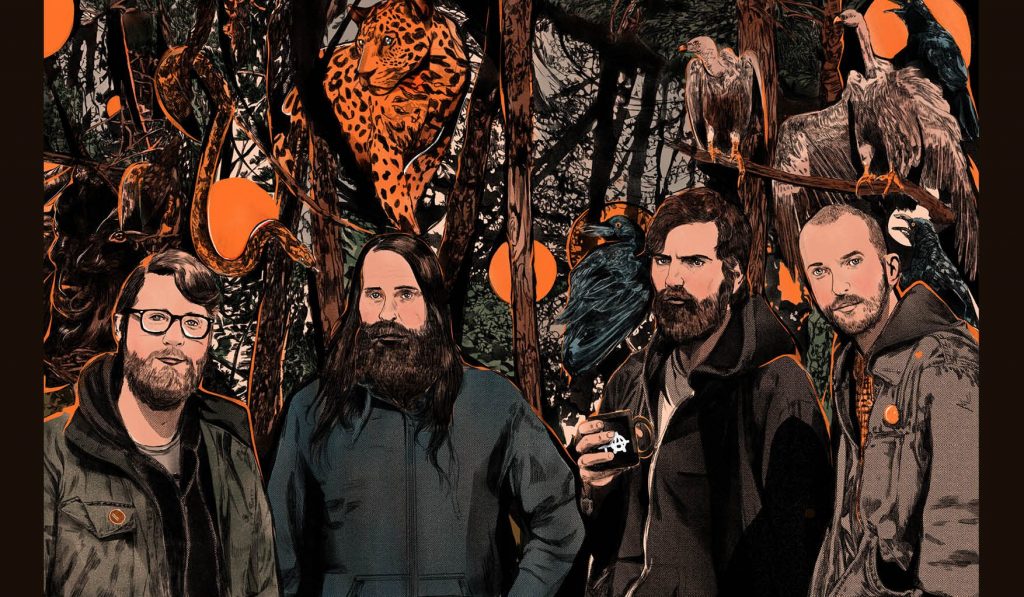 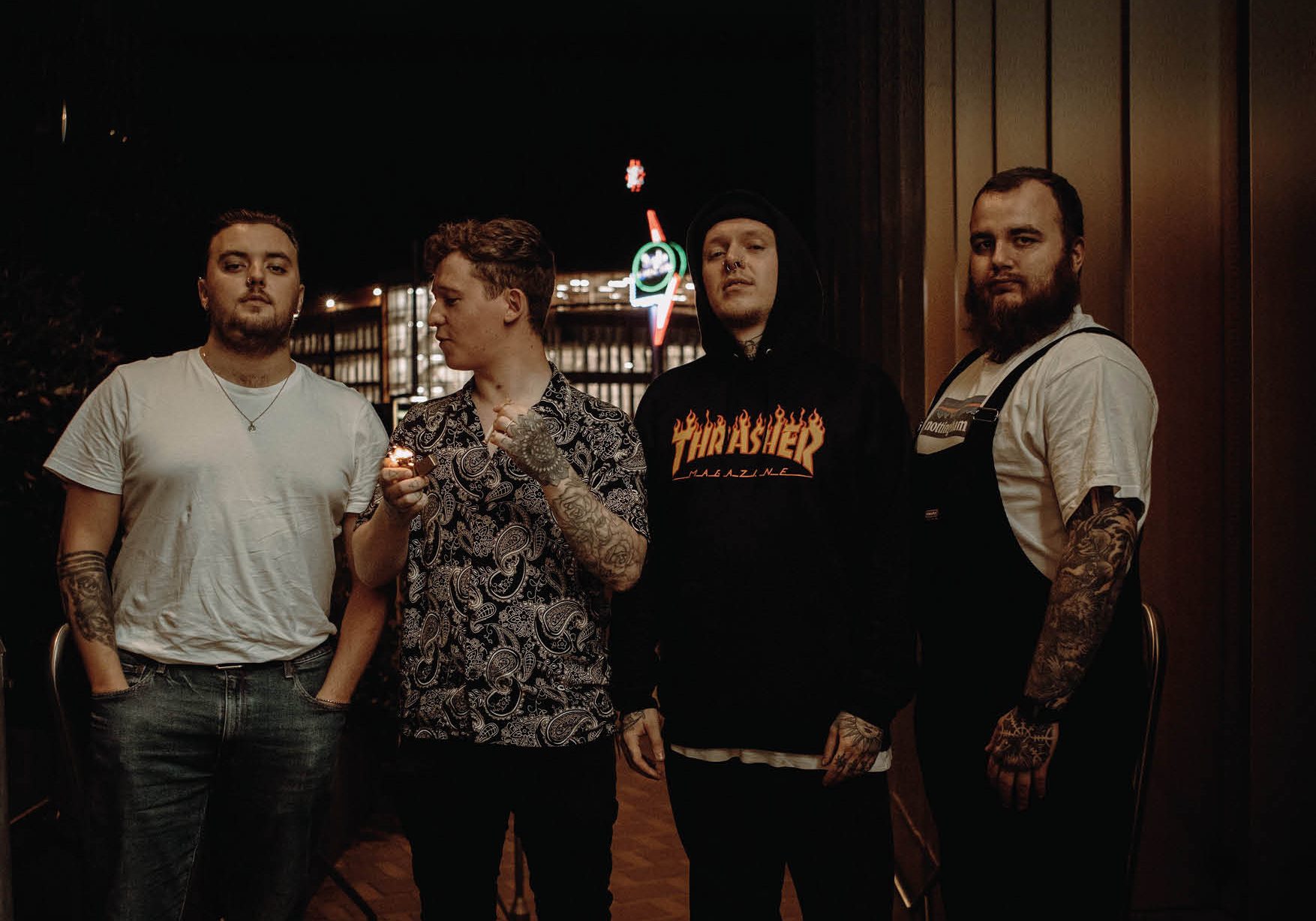 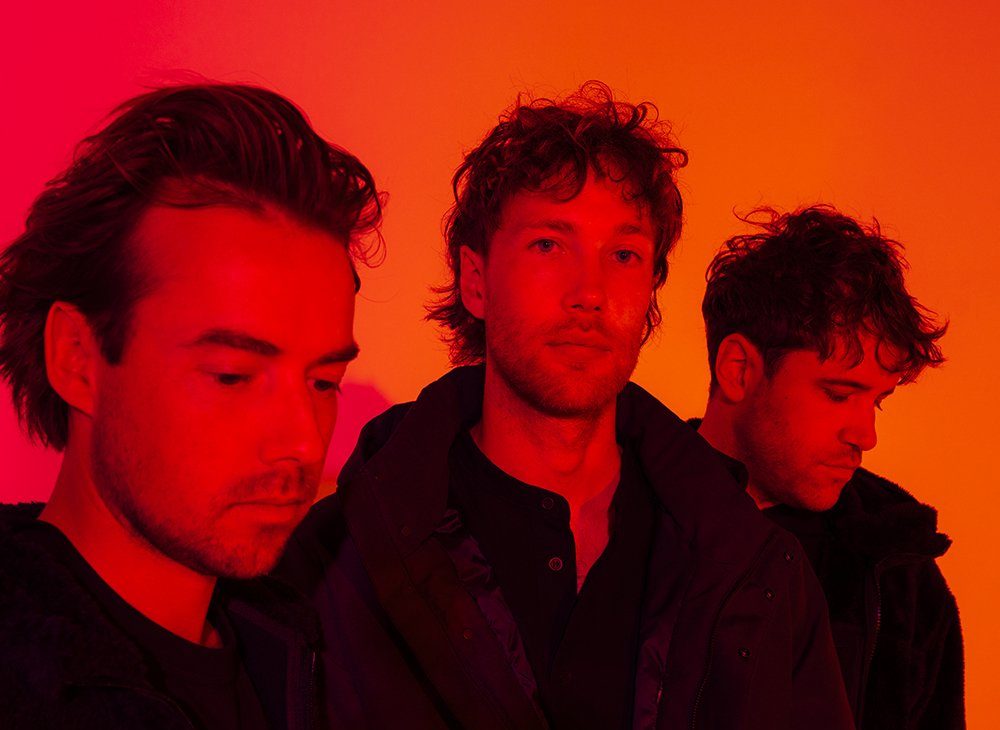