There’s a knock at the door. It’s all the bands that are playing here in 2023. First in and taking off their shoes are off-kilter post-punk quintet The Cool Greenhouse. Let’s sit down on the sofa and have a chat with them ahead of their Notts show this month.

Hi guys – looking forward to having you in Notts this month! Where do we find you today?

Yo Bodega! We’ve just had a days practice in prep for our tour which kicks off on Monday and just spent the last half hour lugging crates of records and merch up to my squalid studio bedsit which is now pretty much full of boxes. Not sure where Chris, our keyboardist who lives in Wales, is going to kip tonight…

‘Sod’s Toastie’ is the great new album you’re showcasing this month. How has the reaction been since the album came out in November?

THE great new album, hehe, thanks! It’s been ace. Only kind words so far, thank god. Also just discovered right this minute that the “John Peel of Germany” made it his album of the year (getting a bit behind on the old emails, as you know), so maybe we should decamp there. Guten Tag. 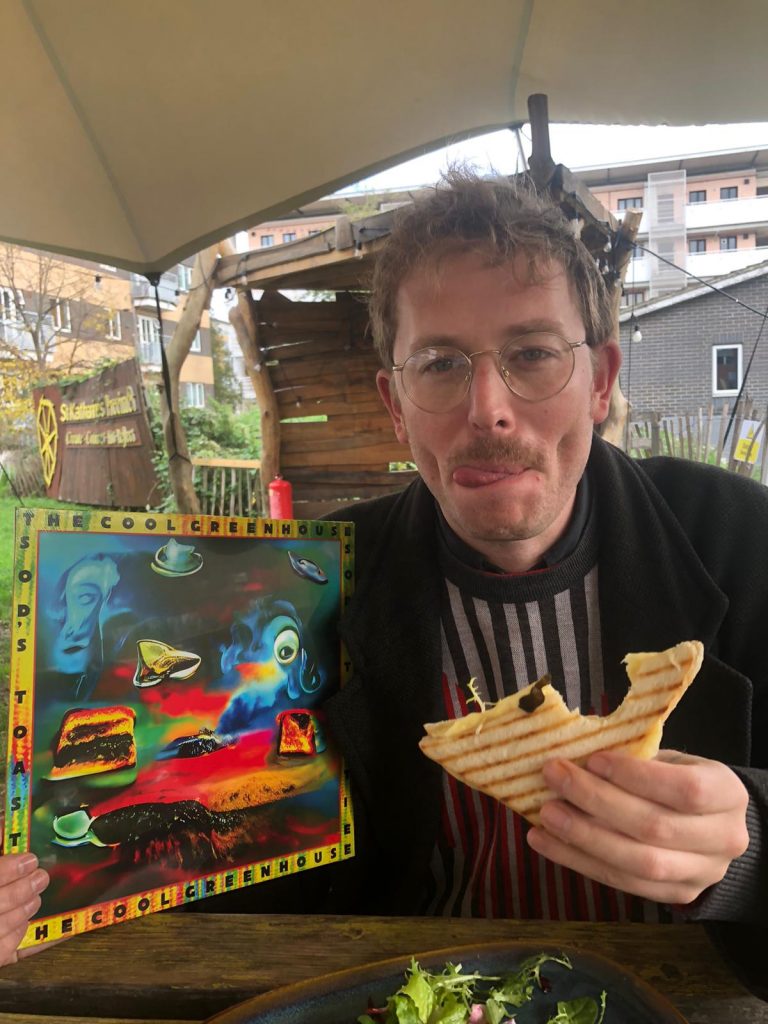 It’s brimming with confidence like you brushed off “difficult second album” syndrome with ease. Where did you head to record and how quickly did the full project come together?

Oh man, it took way too long. But in a good way, sort of. A lot of it was written in the countryside on my own and demo’d at home. We recorded at JT Soar in Nottingham because we love it there, with our good pal Phil who also acts as our engineer and producer. It’s always fun to spend a few weeks in Nottz and we look forward to getting a ritual breakfast cob after our show with you. I didn’t really worry about the difficult second album thing, luckily the ideas kept coming and I already had a bunch before the first record surfaced. Fingers crossed it stays that way.

More so than other bands, your lyrics are just as crucial to the band’s sound as the instrumentation, how do you manage to marry the two together?

This record I wanted to showcase a bit more of what we can do in terms of arrangement, instrumentation and production. To up the music side a bit. The first record was a stripped-back, statement of intent that purposefully balanced the vocals with sparse and repetitive tunes, but this time we were able to experiment a bit more now that people understood our essence, which was very freeing. As you shall see, we’re very much a band not just a spoken word project. The music is equally as important, I think people just focus on our lyrics a lot because a lot of bands don’t seem to care much about making the lyrical side really great.

Your Notts gig is the venue’s first of 2023, what can we expect from the live set and anything we should be doing post-Xmas to prepare ourselves? A few starjumps for the mosh pits?

Anything and everything is welcome. Do your worst! I’ve uncharacteristically developed a bit of a stage diving habit if the vibe is right, just because it’s so god damn fun. Even if it is a bit cock rocky. Star jumps are good for you and it’s January, so that’s a good shout. In the North East they like to kick the stage as a sign of appreciation, in Melbourne they take off their shoes and hold them above their heads to signal they like your set. Just don’t try both at once or you’ll get broken toes.

And just before we let you go, any wild pre-show rituals we should be prepping the venue for? Toasties lobbed out from stage?

I’ve always hoped that an audience member would bring a bag of rotten tomatoes to chuck at us as I sing “Now throw tomatoes at the cardboard man” in our song Cardboard Man. Bodega take note if that happens I don’t wanna clean up. See you next week!

The Cool Greenhouse play The Bodega on 19th January, alongside Stuart Pearce and Bloodworm. Tickets are on sale now. 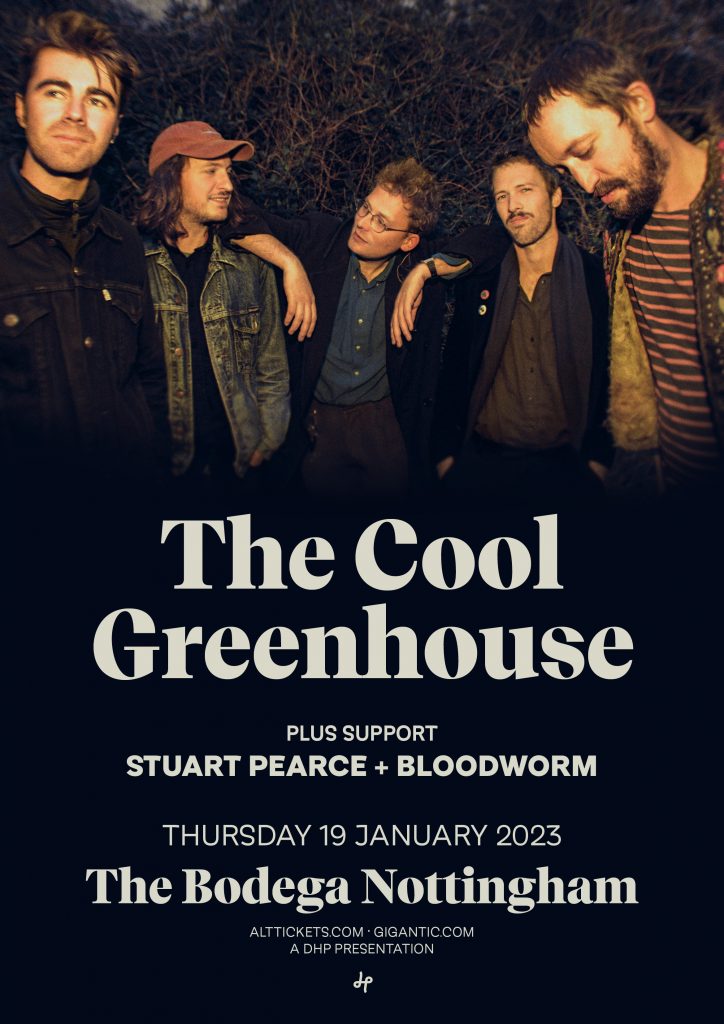