We’re into week 8 of our Bodega live streams and we’re very lucky to have another trio of incredibly talented musicians and all-round lovely folk too. We’ve got swagger and retro sounds from Weird Milk, gorgeous folk melodies from Mehalah Ray and rising acoustic pop songwriter Joe Dolman. They’ll all be live on our Facebook over the week so show them some love. RSVP to each stream to get a notification as we go live.

Plus, we’re getting involved in Nottstopping Festival as we chat to our good friends are one of the country’s fastest rising bands Do Nothing! We’ll be having a big old chat about the band which will air on Saturday at 3pm on our Facebook as part of the weekend-long festival, so check that out.

Having mastered his acoustic pop perfection, scattered with ear-worm hooks aplenty, Leamington Spa singer-songwriter Joe Dolman is quickly building a legion of dedicated fans across the country. We’re excited to welcome him back to Notts (kind of) following his show with us last year.

Driving the sounds of the sixties into the very present, our good friends in dream-pop quartet Weird Milk bring their signature swagger direct from North London to Notts on Weds. We’ve had these lovely lads play our stage a few times (supporting APRE and Trudy and the Romance), so trust us when we say you’re in for a treat!

Hailing from Cambridge via Leeds, Mehalah Ray squeezes mesmerising vocals and enchanting melodies into 3 minutes of folk-pop goodness. Her compositions are delivered with great subtlety and have captured the imagination of BBC Introducing, Radio 1 and 6 Music. Her voice is the prettiest thing you’ll hear this week, guaranteed.

PLUS Saturday 23rd May – The Bodega In Conversation with Do Nothing

3pm on The Bodega Facebook as part of Nottstopping Festival

We’re very excited to be taking part in the weekend-long online festival Nottstopping this bank holiday weekend. Whilst we can’t host our usual gig fun, we’re filling the void with an ‘In Conversation’ talk with our good friends and Notts rising art-rockers Do Nothing. We’ll be going into depth about the band and their rise so far, so tune in and support a good cause. 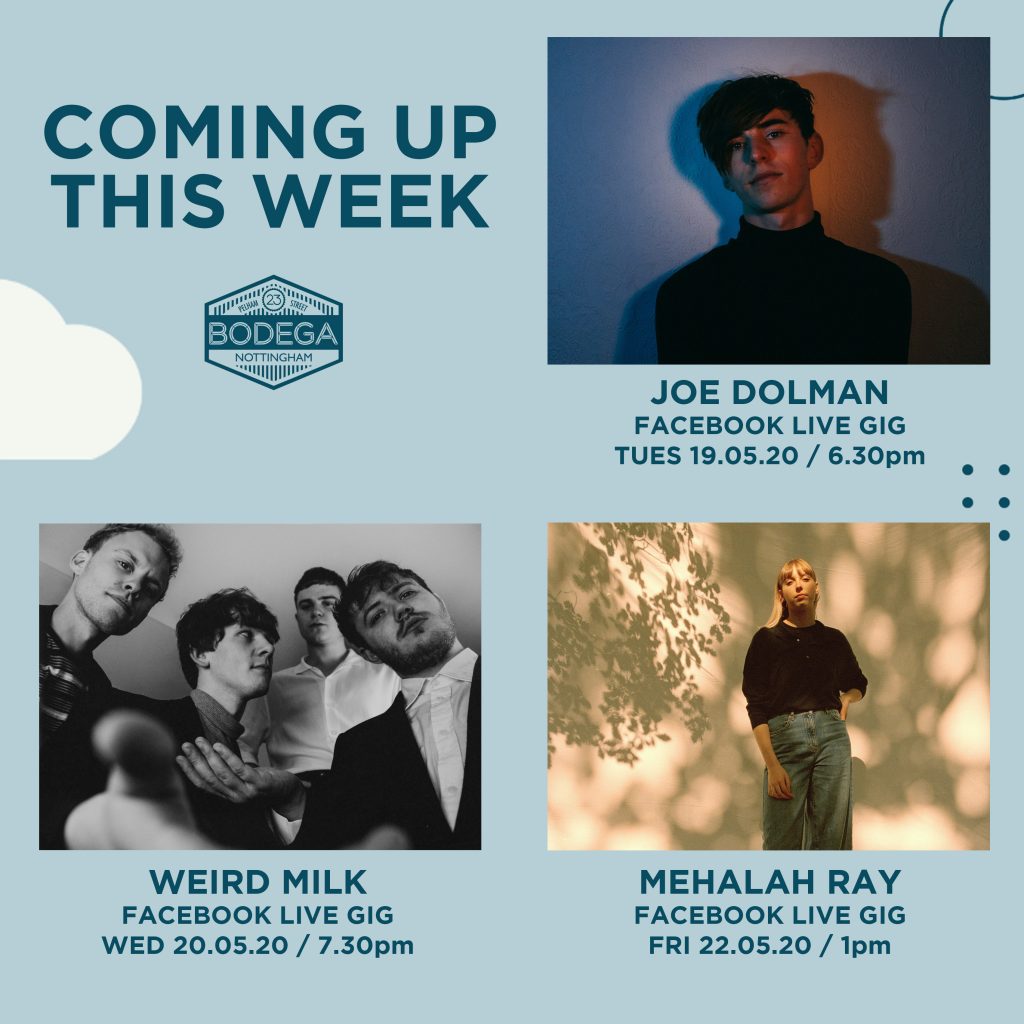 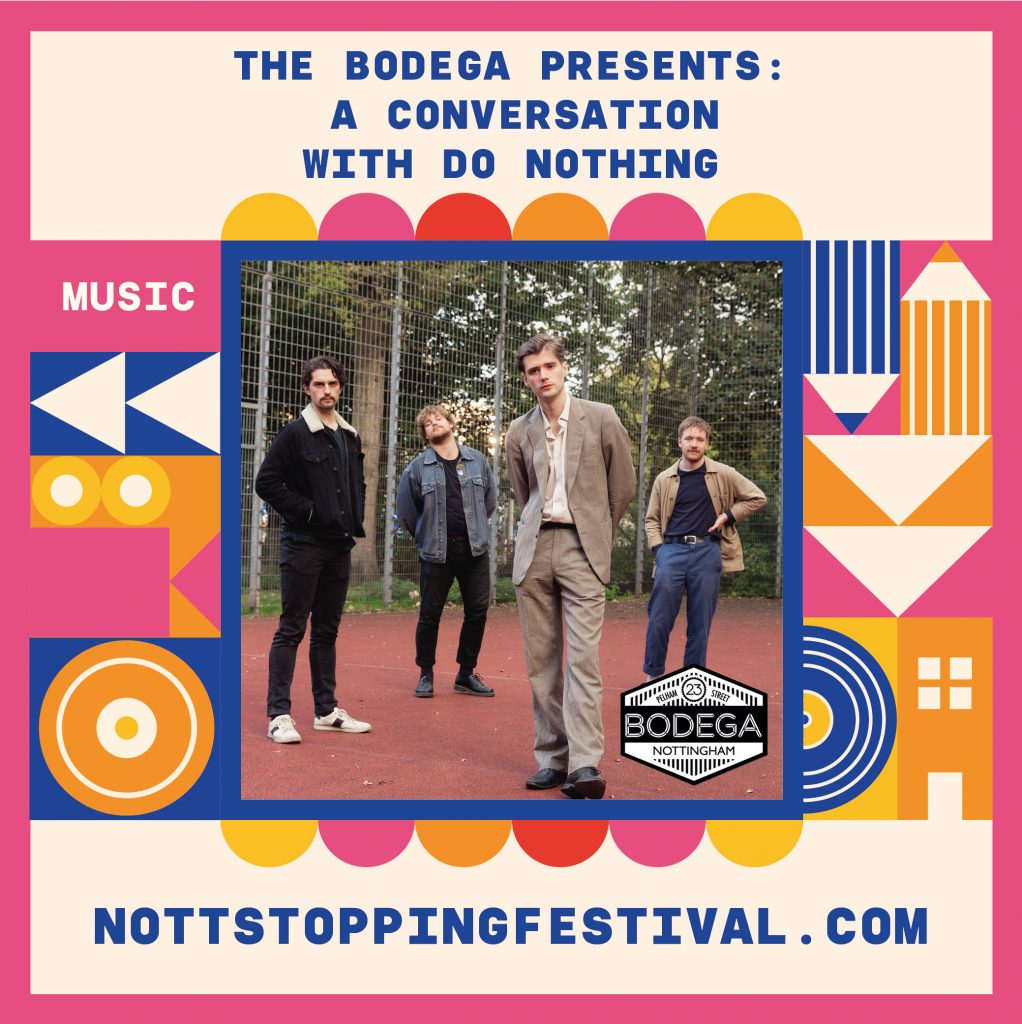 Now that we close at 10pm, it’s completely accep

Right then, listen up! We’ve only got around 3 t

If you want pints and you want them fast then get

LAST FEW 👀 We’ve only got a handful of tables

Just on the off-chance that you’ve been living u

One more round of late night action tonight and we

Only a handful of tables remain for Working Men’s Club's Album Launch night here next Friday. We've got a performance screening and DJ set from the band so reserve your table from https://t.co/lup0Qfyeq6, and collect a copy of the album on the night too! https://t.co/pBBYLV7eV9

RT @bodeganotts NEW/ Our friends over at @bodeganotts are hosting a very cool evening with @work1ngmensclub next week in their Secret Garden to celebrate the release of the band's upcoming album! Find out more info and book your table here: https://t.co/xajdxhyWhE https://t.co/PVoJ2coTmW