As we head into week 6 (yep, it has really been that long), we’re excited to present another load of fresh Bodega live streams! RSVP to each stream to get a notification as we go live!

Tuesday 5th May – Kelsey & The Embers

With songwriting described as “beautiful acoustic-pop that Notts has come to love”, Kelsey will join us for a solo acoustic set this Tuesday, ahead of the band’s headline Bodega show later in the year. Check out their explosive new single ‘Angel’ too, released a couple of weeks ago.

Championed by Beats 1, BBC Radio 1Xtra and Spotify to name a few, soulful singer-songwriter and Notts boy Joel Baker will return to his roots this Thursday as he plays a very special acoustic set for us. We’ve had Joel join us a few times over the years and he’s ridiculously talented so we can’t wait for this one!

This is going to be a special one! On the second anniversary of the passing of Scott Hutchison, George Gadd will play a special Frightened Rabbit cover set on Sunday. 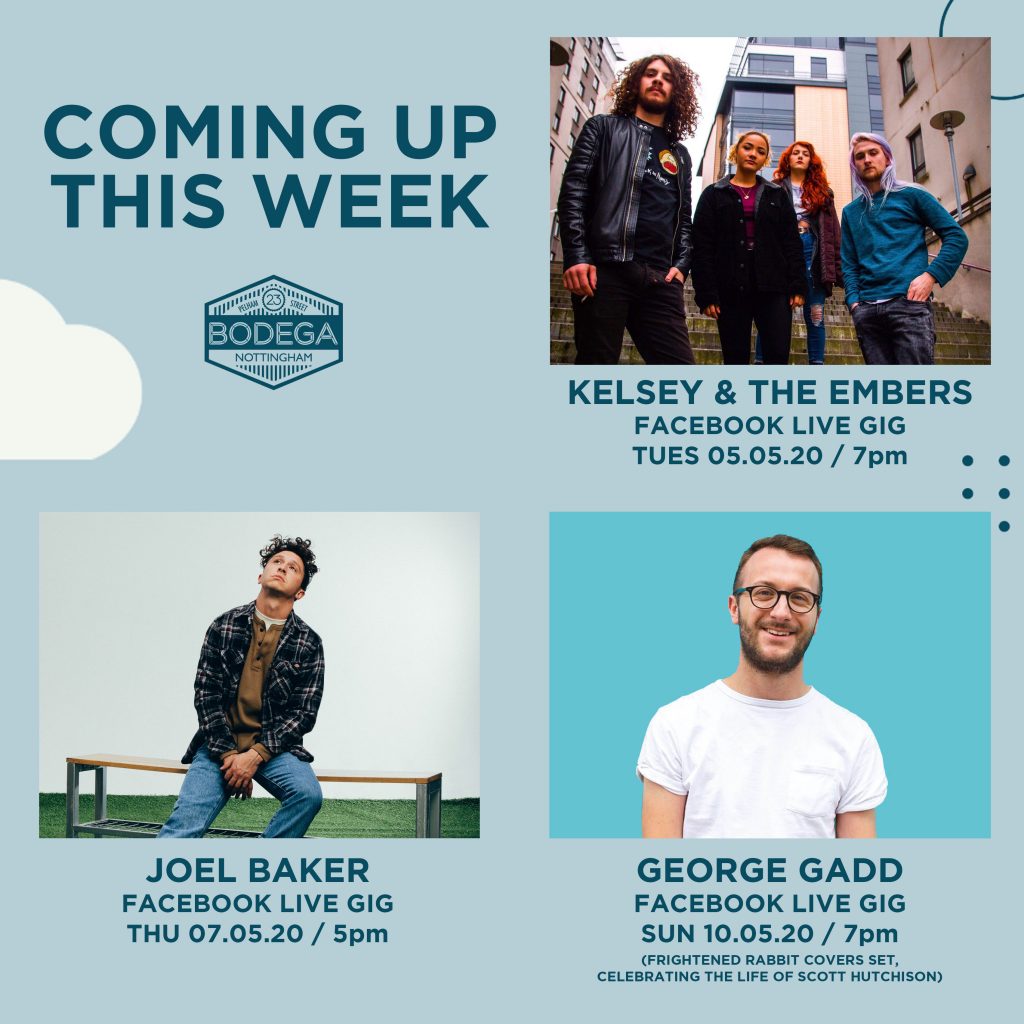