We’re really missing our gigs here at The Bodega but lockdown doesn’t mean the fun has to end! We’ve got some exciting things coming up over the next few weeks with artists we love. If you’re missing your Bodega gigs in this time, then we’ve got you covered!

Having just released their self-titled debut album, Lancashire four-piece The Lottery Winners will talk to us live on Tuesday for a Q&A on Instagram. Got a question for the band? Let us know and we’ll ask them to frontman Thom. Creating their signature blend of infectious guitar-led indie-pop, their album has seen great success since it was released earlier this month. From peaking at #2 on the iTunes album chart to finishing in the Top 10 for physical albums sold. We can’t wait to dive further about the album with the band.

From playing stages as close as Splendour and as far as Glastonbury, ROB.GREEN is a Notts hero in waiting, thanks to his soothing vocal ability and soulful lyricism. We’ve been lucky enough to see him a few times and trust us when we say we’re in for a treat. Preparing to release his new single ‘Life Goes On’ this Friday, we go live to Rob’s living room where he’ll be playing a few songs just for us.

Starting this weekend, we’ll be using Sunday evening’s to shine a spotlight on rising Notts artists, starting with the wonderful Laurie Illingworth! Laurie has packed out stages across the city, thanks to his mesmerising vocal ability, and has become a credit to the Notts scene. Still without a release to his name, we know Laurie is on his way to big things, after recently packing out a headline show at Acoustic Rooms in the city. We can’t wait to see his live performance from his home on Sunday. 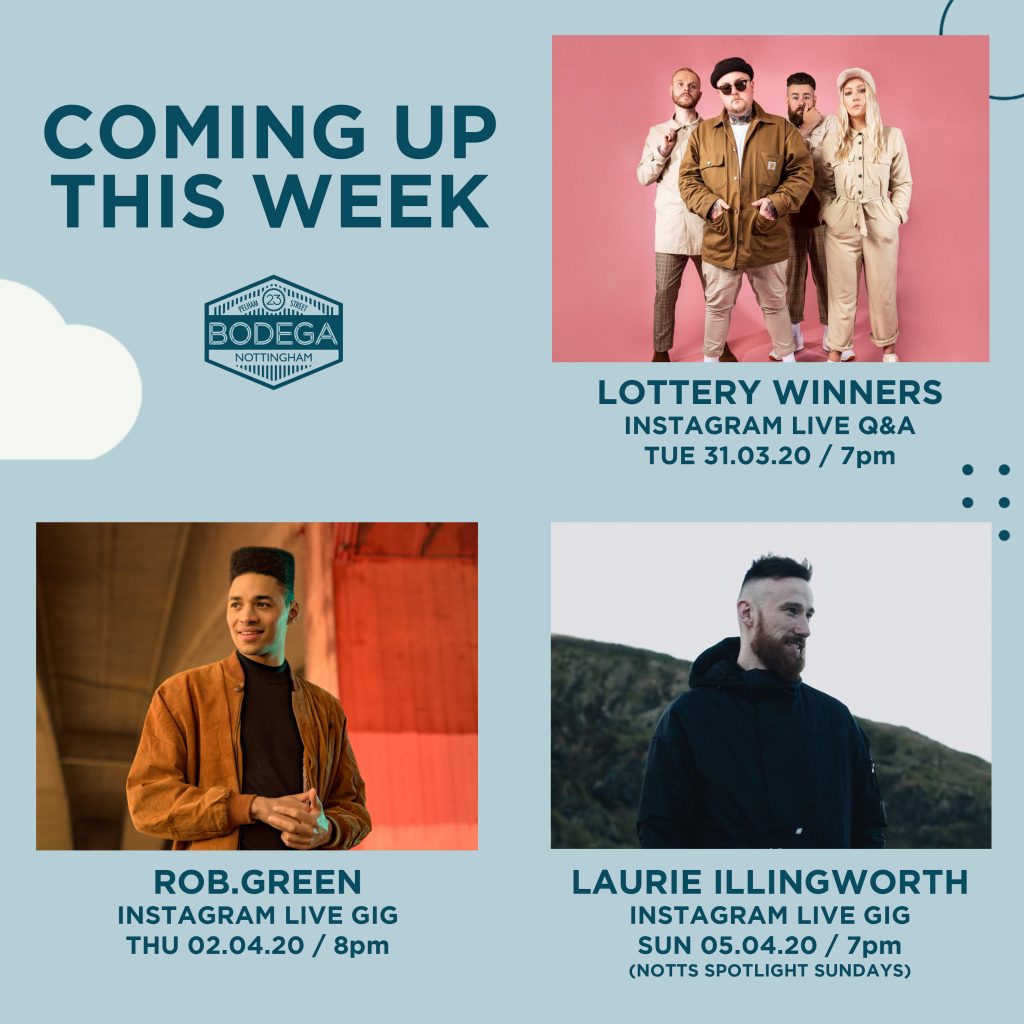