Originating in Notts in 2018, alt-punk quartet Left Hand Lane are now preparing for their biggest headline show to date at The Bodega on 7th August. We chat with the band below, and warning: Gordon Ramsay and cheese & onion crisps are mentioned… 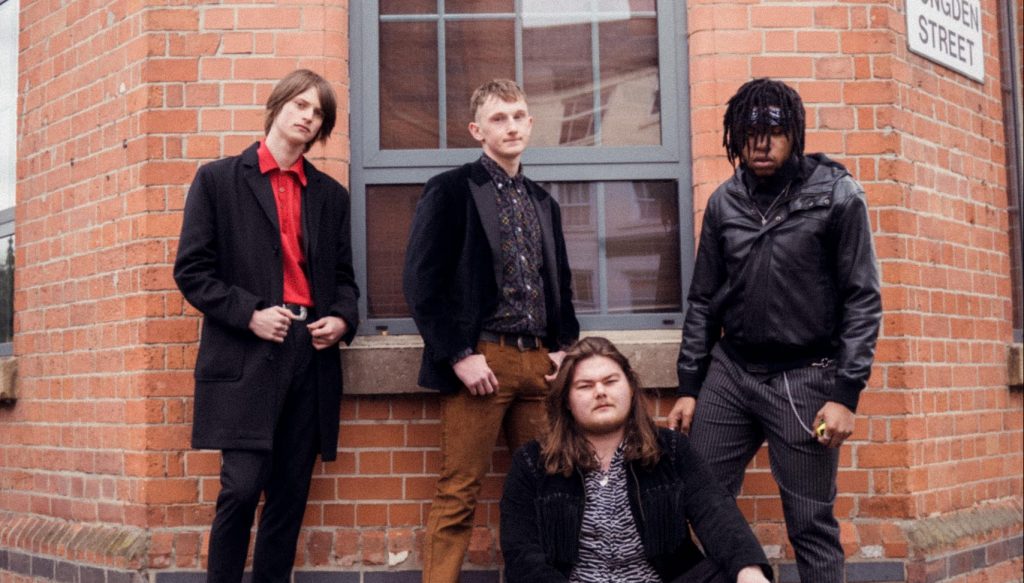 Evening LHL! Looking forward to welcoming you for your biggest headline show to date next month. How are you preparing for the night?

It has to be said, we have never been so hyped for a show of our own! We have been practicing more than ever to ensure we have never been more prepared for a gig. The set-list we bring to you on the 7th August will be jam-packed with new never-before-heard songs, alongside the ones our current fans already know.

You recently played your first live show in well over a year, how was it getting back on stage together?

We did indeed perform what we called a TEST show at The Flying Circus (Newark) a couple of weeks ago. We called this show a test show to see which songs worked best to a sit-down audience. We figured if they got the chairs moving then they must perform even better to a group of moshing teenagers or dancing folks.

‘Psychosis’ was unleashed last month, how has the reaction been since its release?

Our latest track Psychosis hasn’t quite blown the lid off of the UK rock charts or even hit the massive amount of streams any band wishes to achieve on Spotify, however that was not the example we were wanting to set with this track. ‘Psychosis’ is not just LHL’s first release of the year, but it is also the first release we have ever done where the entire recording, mixing and mastering process of the song was done entirely by ourselves.

The last year put a temporary halt to your relentless live schedule, how did you spend the last 12 months as a band?

Throughout the last 6 months we’ve been continuously hit with new barriers that have been preventing our preparation for the Bodega show. We have been kicked out of rehearsal rooms for being too loud, our lead guitarist broke his arm thinking he was the next Travis Pastrana on a BMX, we have had many show cancellations and there was even one 10-day period where all 4 members of the band caught Covid at the exact same time. Despite this, WE MOVE!

Take us back to the start of the band, what influences brought you together to play music?

The band’s influences move as a collective from era to era. LHL first began as a group of indie-rock wannabes who couldn’t get enough of Catfish & The Bottlemen. As the years have gone by we have gone through many musical influences such as; Pop-Punk legends Green Day and Blink-182, Pure Rock Badasses ACDC and Guns & Roses, 80’s pop stars The Police followed by The Clash, Arctic Monkeys, Oasis and Red Hot Chilli Peppers. It is interesting to listen back to our music created through the years. You can hear how the older influencers of ours compared to the newer have progressively changed our sound as a band.

Each of you has one song choice for walk-on music, no questions asked. What song do each of you pick?

Jimbo – The State of Massachusetts by The Dropkick Murphys

P-Man – One Step Beyond by Madness

George – Knowing Me Knowing You by ABBA

Bobbi – Got it All by Professor Green

And finally if money and feasibility was out the question, what would be each of your dream rider request?

Jimbo: To have 2018 Left-Hand-Lane in the audience at the Bodega show on the 7th August.

P-Man: 3 Bottles of Jamesons, 2 Bottles of Coke and a BIG BAG of cheese and onion Crisps.

George: A 3 course meal, cooked by Gordon Ramsey himself… served with a pint of larger.

Bobbi: A Pint of Guinness Punch, a big box of box juice, Zildjian K Cymbals and Dopestickz by Eric More. 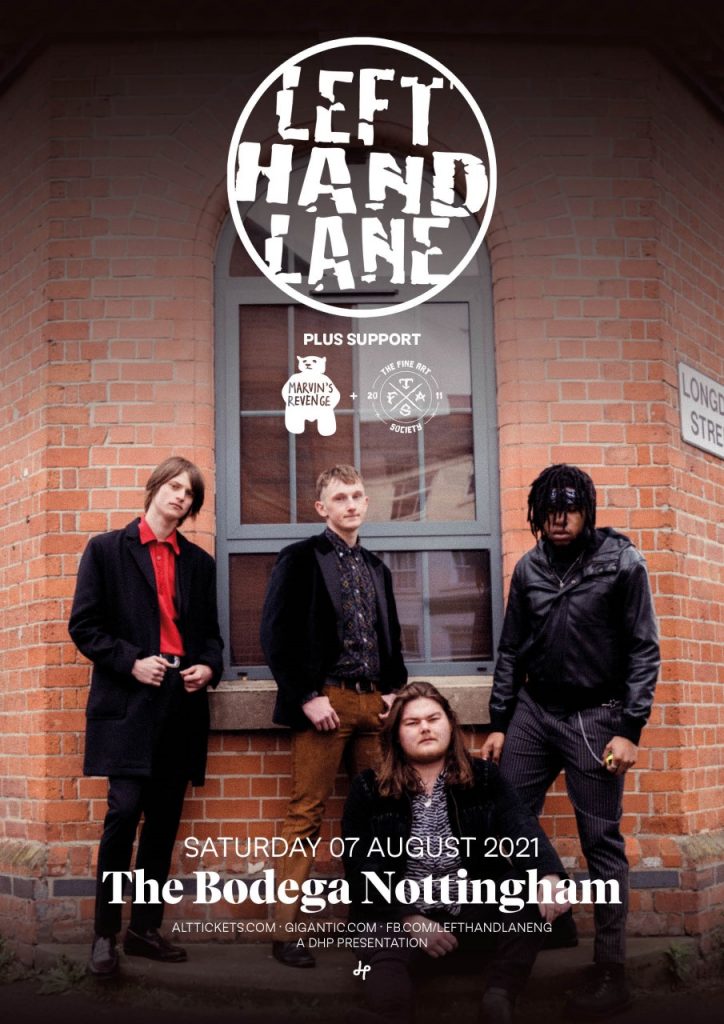