Mixing gritty riffs and punchy pop-rock hooks, three-piece The Hara kickstarted 2020 with a bang, releasing their ‘We Are the Movement’ EP in March to wild fan acclaim. Now in isolation, the band are preparing a follow-up already, with new single ‘Circus’ released in late-May. We spoke to drummer Jack from the band ahead of their Bodega show later in the year. 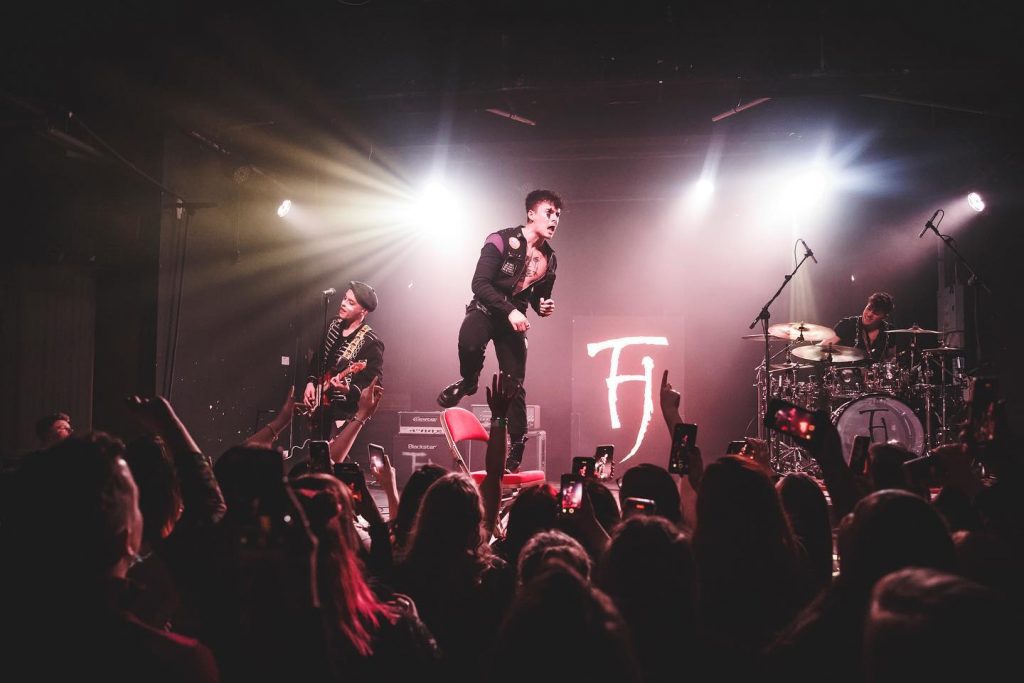 Welcome The Hara! For anyone that may not have heard you before, quickly introduce yourselves to the people of Nottingham…

We are a 3 piece, high energy, theatrical rock band from Manchester!

Your latest EP ‘We Are the Movement’ shot straight into the Top 3 on the iTunes album charts on release, how has the reaction been?

It was #3 in the pre-order album charts but made #1 in the iTunes Rock album charts and #2 All Genres on release which was pretty cool, our first #1 on release. The reaction from the fans was amazing, we often have to pinch ourselves with some of the achievements we have made, but it gives us a huge boost to keep working hard and doing what we love.

You’ve created a very distinct and anthemic pop-rock sound, how do the songs usually form? Is it fairly collaborative between the 3 of you?

We always write together and it’s never a one person thing. We also co-write and collaborate with others but always as a band. Everyone brings ideas to the table on the day, we work through those ideas. It often starts with a big riff that we all love, or melodies, lyric ideas and even drum patterns. The process is just whatever comes about and feels right at the time, there is no one formula that fits all. It’s all very organic and creative to ensure it’s very much THE HARA and our sound. 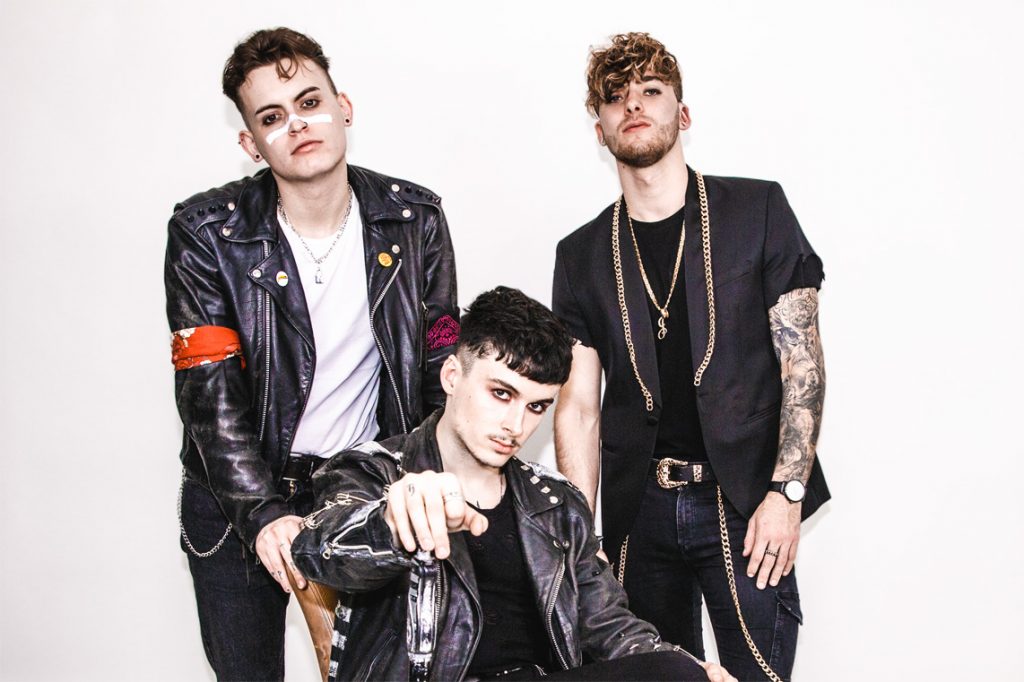 Where did you go to record the EP? Any tracks that were particularly enjoyable in the studio setting?

We record and write a lot in London at some amazing studio’s in Tile Yard with some incredibly talented people who are all supporting our vision. ‘Friends’ and ‘Ego’ were particularly fun, especially for me drum wise. High energy and some cool solo parts too.

Your upcoming tour is set to take you to bigger venues and cities you’ve not been to before. How excited are you to get out there on the road?

More than ever right now, especially with us having had to reschedule our largest tour and loads of festival slots this summer (including Download, Reading & Leeds, Y Not and TRNSMT to name just a few before the dreaded Covid struck). We always talk about the little unforgettable moments from tour and we always want to be on the road touring, despite hating the lack of sleep and cramped conditions in the van. Visiting new places, venues and meeting fans for the first time is always special. It’s also cool to not only play in these new cities but to see them too, let’s see if we can squeeze us some time in between shows!

How have you been keeping busy during lockdown? We’re in need of some fresh inspiration!

We are writing remotely, sending and recording each other individual parts and creating new demos as well as rehearsing from home to make sure we are ready for tour. A lot of isolation covers and videos may also also be on the cards if this continues. Lots of new skills too that we never had a chance to work on like production, for example. We have a new EP that we are planning to release but we’re releasing the first single from the EP on Friday, called ‘Circus’. It’s nice because it means lots of online engagement with our fans who are absolutely amazing and who always blow our minds with the support they show us. I’ve also become incredible at GTA hahaha. 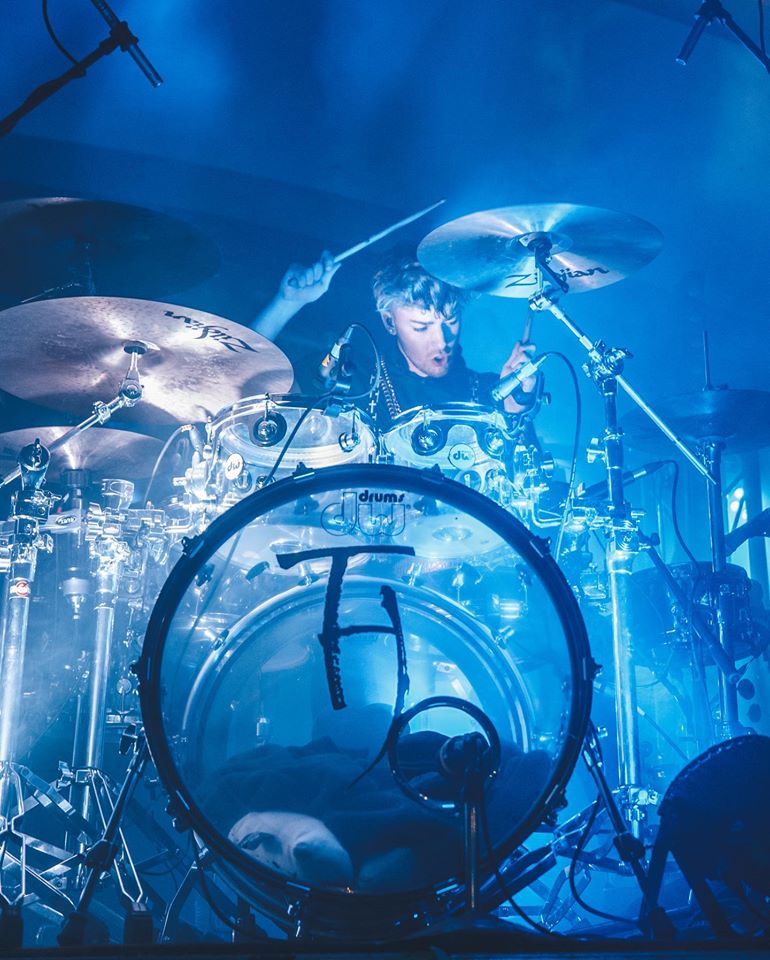 And finally, what should we expect from your Notts show later in the year? Any wild rider demands we should be preparing our dressing room for?

We never normally have time to give any thought to our rider and always kick ourselves when we get stuff we don’t like or loads of junk food, especially when we are constantly on the road and are needing a little nourishment to refuel out worn out selves. Maybe beef jerky and sushi. Guinness is a must for after the show, that’s our best kept secret!

Thanks lads, see you at The Bodega soon.

The Hara are due to play The Bodega on 26th November. Tickets are on sale now – BUY TICKETS

And their new single ‘Circus’ is available to listen to now here.

Act faster than Phil Foden, as tables for Tuesday’s game are now on sale: https://t.co/ut4NkpkV3K https://t.co/orE9ZMS325

We're bringing a load of our favourite new artists from Notts and beyond for a new showcase event this July & August ✨ Get ready to discover some sweet new live music as we welcome @Callow_Youth, @weareswimschool and loads more! Tickets: https://t.co/HakTcLRZ2s https://t.co/YnAXAFeiZs