Blending infectious hooks and shattering riffs, Notts alt-rockers Shadows Like Strangers sure pack a punch and soon, they’ll be headlining our Bodega stage for the very first time. We caught up with the lads to chat about the show, new tunes and pre-show rituals. Check it out!

Hello Shadows Like Strangers! Please introduce yourselves and tell us what we can expect from a SLS show…

Hi Bodega. We’re Jezza, Paul & Aaron and we’re Shadows Like Strangers. We put on dynamic, energetic rock shows and we thoroughly enjoy the odd beer – come drink and sing with us!

You’ve just released your new single ‘Leave Me in the Shadow’ today, can you tell us a little about the writing and recording process of that tune?

‘Leave Me in The Shadow’ was inspired by the film Wildlife. Much of the film focused on the dynamics of people’s decisions and the impact they have on the people around them – it was quite pivotal for us at the time, so it only seemed right to run with the concept. We recorded the song with Stu Richardson (from the bands No Devotion and Thursday), which was obviously a major buzz for us, as keen admirers of his music.

This tune’s the first since your epic debut album ‘Cali’ last year, how has the reaction been since its release?

The reaction was awesome, honestly. We worked really hard to get it out there, but we really didn’t expect some of the songs to take flight like they did. We’ve had a huge response from people in the States and across the UK & Europe.

How do you find Nottingham crowds? Especially considering they’re hometown shows for you…

We love them, we’ve been playing locally for the last year and we love the local scene. It’s got its own eco-climate. Everyone’s supportive and we’ve not played a bad show yet!

Any weird pre-show rituals we should be aware of?

Paul likes to taste all the lagers on offer and Jezza likes to say hi to everyone – we’re quite boring before shows but it’s only because (trust me) we’re saving our energy for our set!

And finally, the headline Bodega show is fast approaching, how excited are you to get on our stage?

We can’t wait! Since we started out we’ve wanted to play the bodega, so to headline it just makes this moment extra special. We love the venue and love the city, what more can we ask for!

Shadows Like Strangers will play The Bodega on Saturday 21st March, joined by Flood Hounds and Damn Cargo. Grab a ticket here. 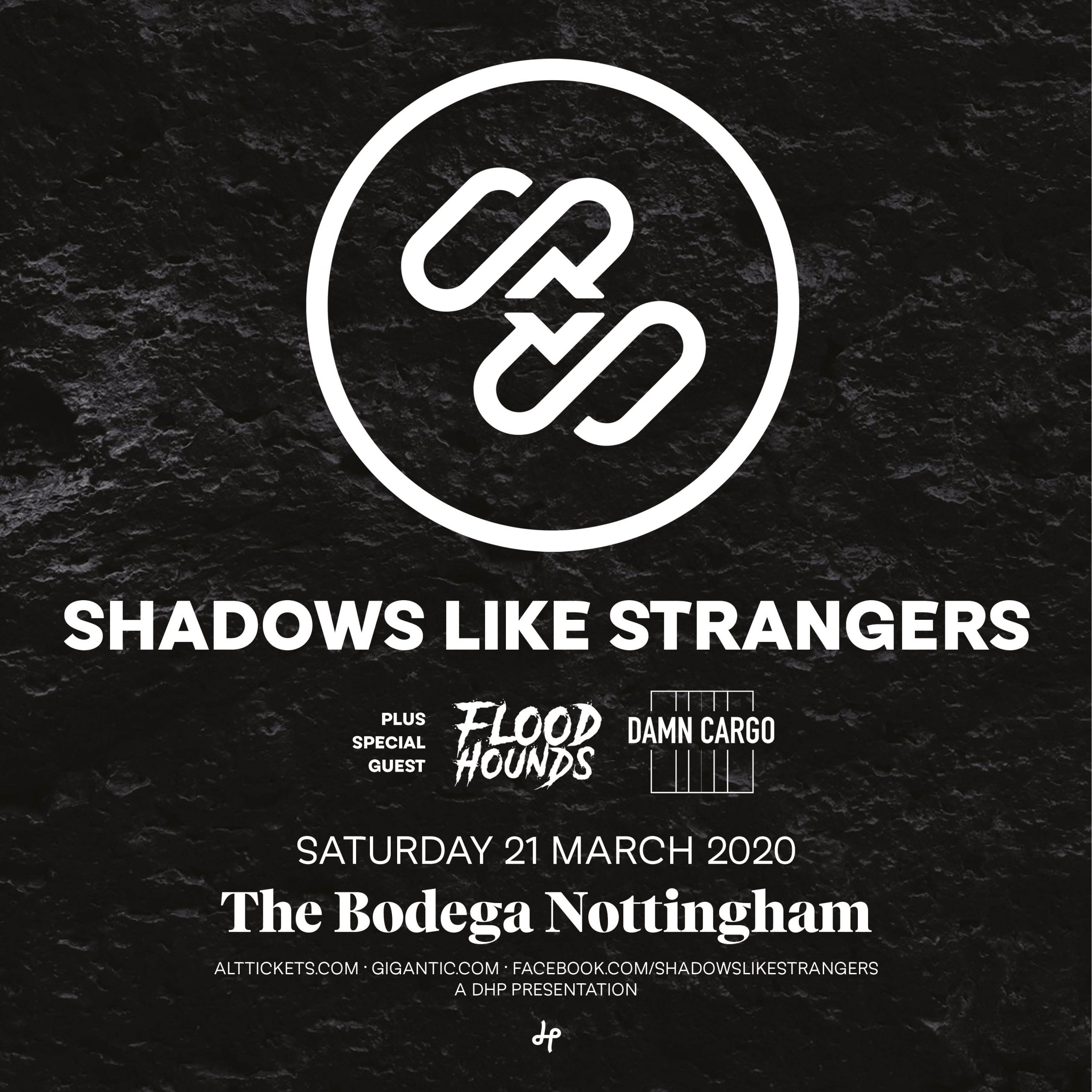 GIG NEWS Taking on a fresh approach to classic blues rock, alongside a reputation for being one of the greatest on the live circuit, @WATBandits will return to @bodeganotts on 18th March 2021. Tickets are on sale now from https://t.co/RHAOOJPFrO... https://t.co/BjXV7MvUHs