If you’re in need of a little bit of lockdown reading this week, then look no further as we’re chatting to the wonderful Kayla Bell! If you don’t know Kayla, she set up Brown Paper Bag Promotions a while back, putting on her own shows in Nottingham and has gone from strength to strength since, hosting sell-out shows at different venues across the city. Her new night Snorkel was due to host it’s first event in March before the virus had other ideas. We thought it’d still be nice to catch up and chat about the night and the future for Brown Paper Bag. 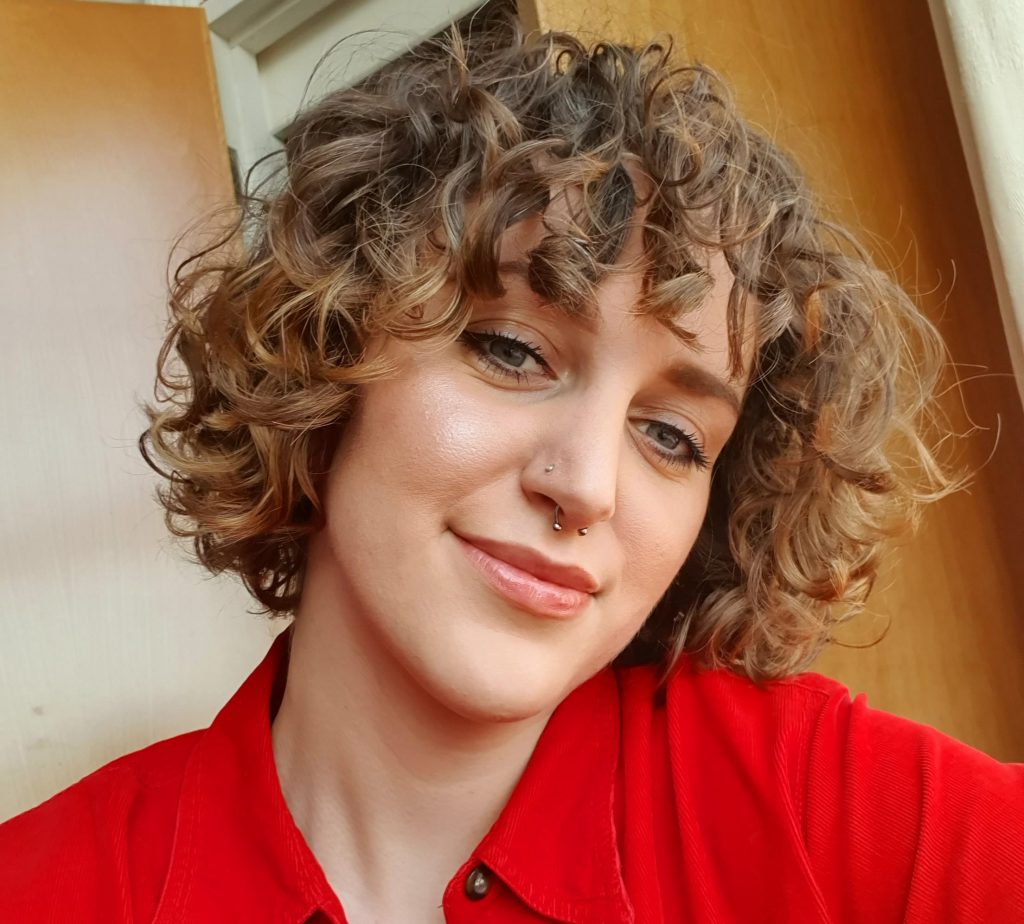 Hey Kayla! Please could you give us a quick introduction on who you are and how you got into the gig bizz?

Hey! I moved to Nottingham for uni, got into the music scene and that’s pretty much what’s kept me here since. In my last year of studying I did an internship with local label / promoters I’m Not From London. That got me into promoting my own little shows, and now I work in production at Rock City.

Your event Snorkel was due to take place in March, can you tell us a little about the night and the aims of the gig?

Snorkel is a new night I’m putting on that I’m hoping to repeat in the future. The idea is basically just a great lineup of local talent, everyone getting together to have a good night and it’s all for a really good cause – all the proceeds from ticket sales are being donated to Brake, which is a road safety charity that works to make roads safer and helps families of victims of traffic accidents. 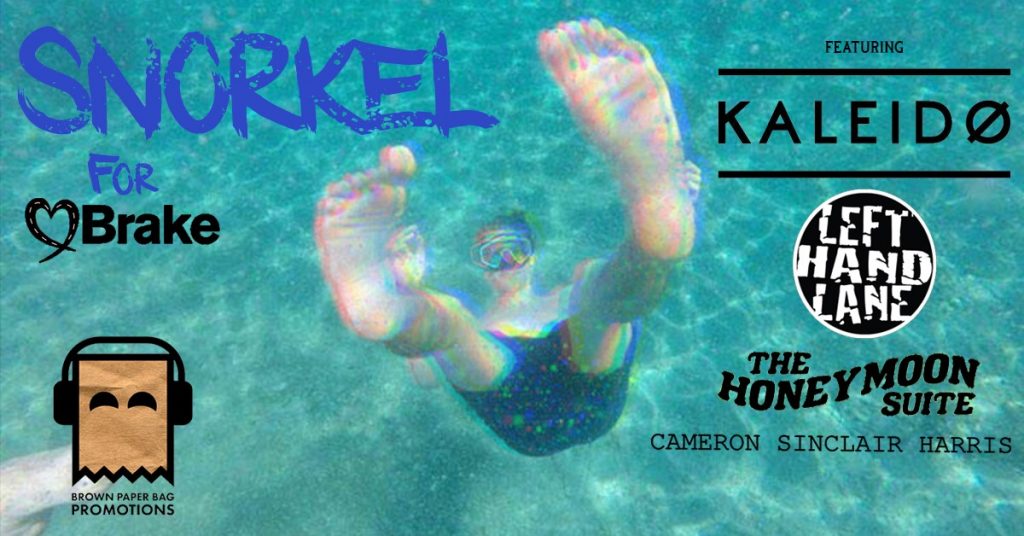 You put together a great line-up for the event, can you run us through who’s due to play and why you’ve got them on the bill?

Kaleido are a great band who I’ve worked with lots but never got to promote myself. Aside from their music, I also love how hard-working and friendly these guys are. They’re always grateful for being able to play their music to people which is awesome to see.

Left Hand Lane are a band I’ve been working with for a while now. I promoted their first sell out show in April last year at JT Soar. Another group of lovely lads who are so hard-working and it’s so good to see that they’re being rewarded for that now. The energy is always mental in the room when they play. I think a lot of people when they see them for the first time are shocked at how great these guys are whilst still being fairly young.

The Honeymoon Suite are a band that I’ve seen here and there at other shows and have always enjoyed the show they put on. It’s nice to finally be able to work with them!

Cameron Sinclair Harris is a musician who is always doing something. His EP ‘Hangover TV’ is wicked and he’s a friendly face that I regularly see at gigs in Nottingham.

You’ve been putting on shows as Brown Paper Bag Promotions for a little while now, how is the experience of promoting a show in a variety of venues in Notts?

Nottingham is such a great city for music, and I think sometimes we get overlooked just because we’re not a huge city. We have so much going on here and so many cool venues – JT Soar is always a fun vibe, the sound system at the Chameleon sounds amazing, and promoting intimate shows at venues like that and also bigger ones at Bodega is such an amazing experience. 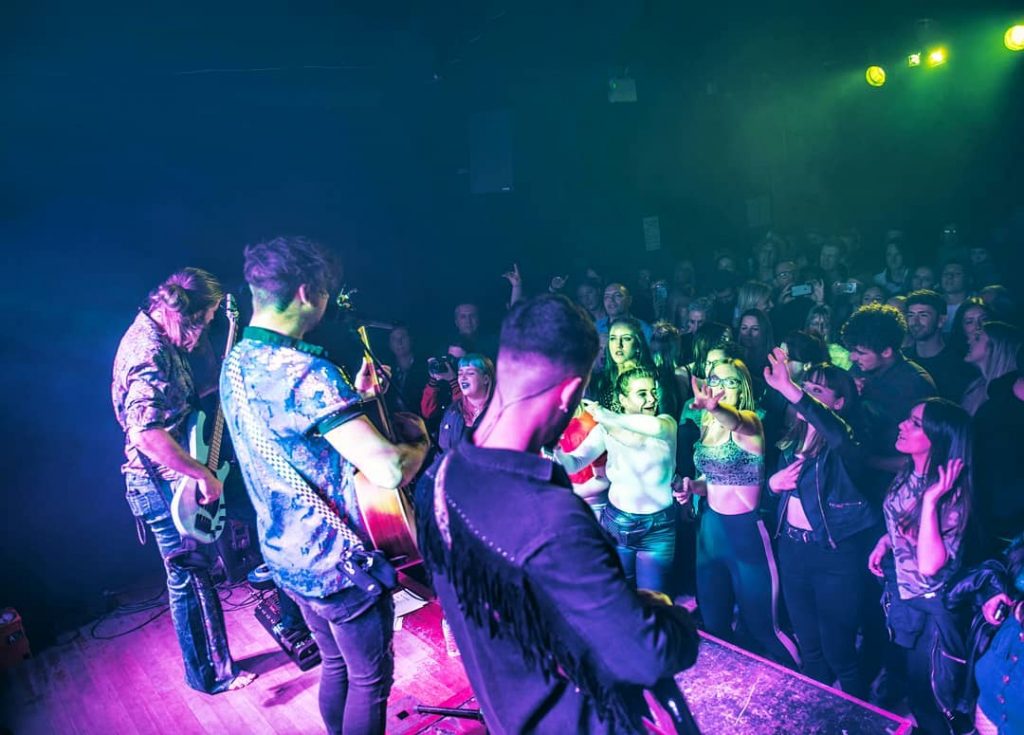 Take us back to the first show you put on, where was it and how did you find the whole experience?

The first totally solo gig I put on as BPB Promotions was Don’t Forget Rupert at The Bodega. We had For The Girl and Ava Saint as supports. All the profits raised went to Music Venue Trust which supports grassroots music venues. It was a great night, totally packed out and wicked performances from all the bands! I think with promoting any show comes a certain amount of stress, wanting to make sure you have enough money to pay the bands while still being able to raise a good amount of money for the charity – but every time, on the night it always comes together and there’s no better feeling than being in a crowded room and looking around to see that people are having an amazing time. I think that gig we raised around £400 for the charity which was a great achievement.

First and best – what was your first ever gig and which stands out as the best you’ve been to since then?

The first ever gig I went to was to see was Meatloaf with my Mum when I was about 10 years old! Since then I’ve had so many amazing experiences at gigs, but a couple of my recent favourites have to be Feet at The Bodega and Fontaines D.C. at Rock City.

If you didn’t have the gig buzz, what do you think you’d be doing?

That’s a tricky question! If I wasn’t in this industry at all, I think I would be working in a charity / community position or maybe something that involves a lot of travel. 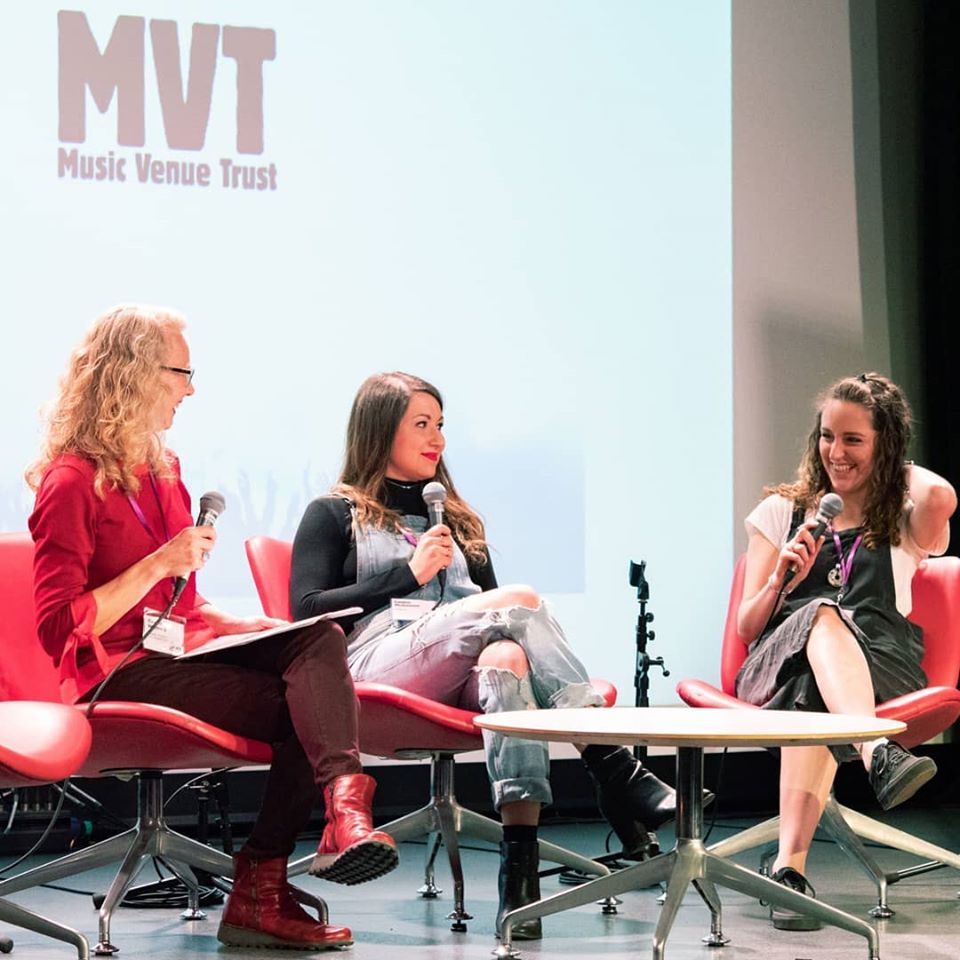 Kayla (right) speaking at a Women in Music conference.

What are your future aims for BPB Promotions?

Once the world has been saved from this pandemic, I think the aim is to just keep promoting gigs, perhaps more than I was before, so that up and coming bands get to go straight back out and start showcasing themselves, and helping the smaller independent venues get back on their feet. I’m also working on a project at the moment that involves socially distanced acoustic performances for people in care homes, which I’m super excited about!

And finally, is there any advice you’ve got for people who might be wanting to get involved in promoting themselves?

Do it! Go to loads of gigs, chat to loads of artists and familiar faces, there are loads of opportunities in this city. Smaller venues are a great place to start, and like I said above, we have some great ones in Nottingham. I’m Not From London do internships, and there’s also a great scheme run by Music Venue Trust called the Grassroots Promoter Initiative – I did a packed out show with Don’t Forget Rupert with this initiative, got allocated a mentor and learnt so much.

News about a rescheduled Snorkel date will follow soon. Keep an eye on Bodega socials for more or give a like to Kayla’s Brown Paper Bag Promotions on Facebook here.

One like and we’ll add this to our jukebox https://t.co/bSoLJaKOyH