Notts-based riff dispensers Haggard Cat have quickly become a staple on the scene, bringing snarling grooves and huge hooks to audiences across the country. Earlier this month, the duo released their roaring second album ‘Common Sense Holiday’ to critical acclaim. Their 17-date UK tour was postponed just before they could get on the road so we caught up with Matt from the band, direct from his home. Read our interview below!

Hey Haggard Cat! Nice to e-meet you. How are you doing in these mad times?
Hey hey! We’re staying positive, because if we don’t then there would be an acute danger of us combusting or something. Honestly, not playing a show for any longer than a day riles us up, so telling us we can’t for the foreseeable… pretty sure the fallout could power Notts for the duration of it all.

You’ve just unleashed your monster of a second album, ‘Common Sense Holiday’. How did making this album differ to the first?
And very proud of it we are too! I’d say the biggest difference this time around is that we were our own biggest critics. We were absolutely brutal with each other. Experimentation was key, we genuinely had an anything goes policy but if it was shit or boring BOY did you know about it. I think I’m still slightly traumatised.

How does the songwriting process usually evolve? Is it fairly collaborative between the both of you?
It has literally always been as simple as me and Tom getting together in a room and turning everything up full whack. Never go in there expecting to write anything and that’s when the gold comes out. I know if I ever go into the studio with the conceited idea that I’ll leave again with a fully formed song, it’s a sure-fire recipe for some grade-A tosh. The only difference this time is that we treated the “full blast rooms session”  only as step 1 – then following that we went IN on everything and scrutinised, streamlined or binned entirely.

As a duo, do you ever find sharing ideas to be a vulnerable experience? With just two members, there’s nowhere to hide in that process!
Ah absolutely! It’s pretty scary stuff, if someone out there doesn’t like what you’ve done, it’s pretty obvious who’s ideas are who’s. Your songwriting is fully exposed to its bare bones. But in that same way, it makes the music that you get out at the end as honest as can be, which I think is pretty incomparable.

How excited are you to take these new songs on the road?
Right now there’s nothing more on this Earth that I’d rather be doing. We managed to play two support shows before everything went into full lock-down, the sets were shorter but we got to test out two of the new album tracks at those shows. The experience of finally getting to air them was awesome, but it literally just whet our appetite in the cruellest way. We know what it feels like now, but we have to wait even longer before we can experience playing the rest of the album. 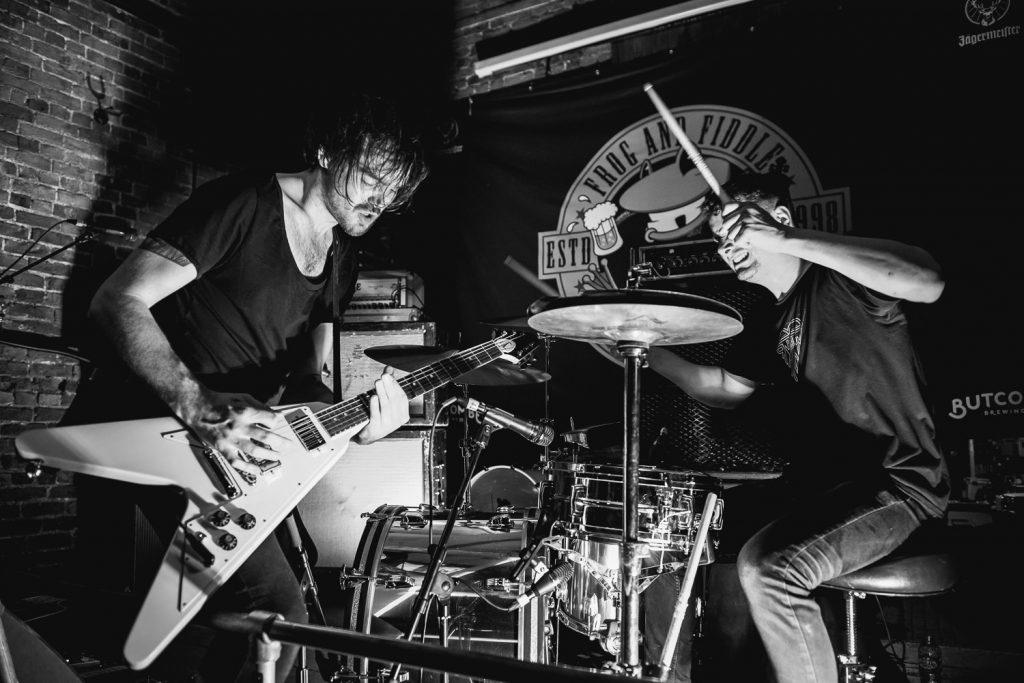 The upcoming Bodega show is a homecoming for you, how do you find playing to a Notts crowd?
It’s always amazing, but in many ways it’s more nerve wracking because you’re playing to your friends and family at home. They’re the worst critics because they’re the ones that can tell instinctively from the look on your face whether it’s going great or whether it’s all going to hell in a hand-basket.

And finally, any ideas to help us all pass the time?
Oooft this is hard because I’m running out of ideas myself. Maybe invent a musical instrument? Learn to play it to a virtuosic standard, and then when then end times are over – emerge from it all and blow their freshly unencumbered minds! Failing that take up a hobby, learn a language, learn a skill. Just don’t do what I’m doing at the moment (which is drinking my cupboard dry).

GIG NEWS Before they set off on a 28-date arena tour supporting Little Mix in 2022, pop-rockers @SinceSeptember play a handful of headline dates, stopping off at @bodeganotts on 8th September 2021. Tickets go on general sale Friday 6th August at 9am from https://t.co/4FVVQAeoZr https://t.co/mXKOpcnLBv