A musician’s musician, Ron Pope can do it all: sing his heart out, rip a guitar apart like his life depends on it, write a powerful anthem or a heartbreaking ballad, and rock a crowd anytime, anywhere. Likened to artists as diverse as Bruce Springsteen, Eric Clapton, and U2, Pope’s musicality allows him to satisfy listeners of all kinds.

Pope has garnered critical acclaim the world over for his gorgeous and unmistakable voice, electrifying stage presence, incredible songcraft, and high octane, blues-rock fueled guitar fireworks that hit listeners square in the gut. “First, I wanted to play just like Hendrix. Then, I wanted to create unique sonic landscapes, like Jonny Greenwood or the Edge. My inability to copy any of them exactly forced me to sound like something else,myself,” Pope says, of his explosive, definitive guitar style.

While studying at NYU, Pope became a fixture in the thriving Greenwich Village music scene with his band The District. After two albums and nationwide tours where they wowed fans from Charleston’s famed Music Farm to The Whisky in LA, the band went on an extended hiatus as Pope began to focus on his solo project. Within a year of stepping out on his own, he’d sold hundreds of thousands of singles and had offers from a number of major labels. He eventually chose to sign with Universal Republic, home of countless marquee artists, including Taylor Swift, Lil’ Wayne, Jack Johnson, and Amy Winehouse.

Pope received the benefit of nationwide television exposure as a musical guest on MTV’s TRL and through multiple placements on Fox’s So You Think You Can Dance. Following one such placement, two of his albums exploded onto the iTunes top album chart at the same time, a feat that is very rarely accomplished by any artist, let alone one who isn’t a household name.

After finishing his successful tenure as a Universal Republic recording artist, Pope decided that it was time to step out and shape the next phase of his career on his own terms. His new album “Whatever It Takes” is a game changer, combining all the things that make Ron Pope’s music refreshing and special; part guitar hero, part introspective songwriter, he writes from a perspective that is always earnest and sincere and creates music with an overpowering sense of grandeur that you can’t help singing along to. “Whatever It Takes” combines rafter shaking, arena ready anthems, with ballads exploring the depths of human emotion, and everything in between to create something that is uniquely Ron Pope.

wait for it… Made In Chelsea’s  CAGGIE DUNLOP 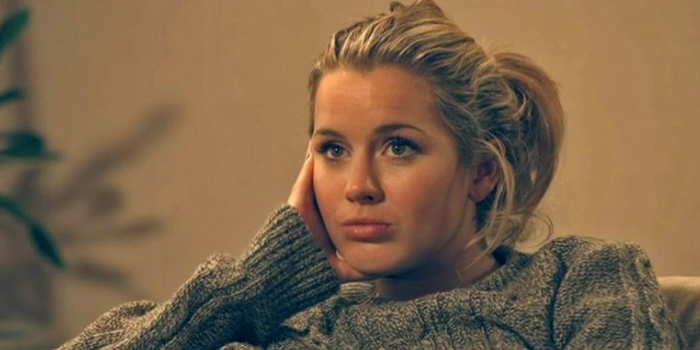